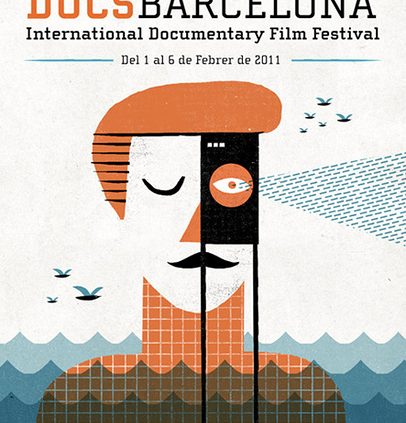 From the 1st to the 6th of February the XIV edition of the Barcelona International Documentary Film Festival will be celebrated. We are referring to Docsbarcelona that for the first time will be holding a competition, and winners will be awarded prizes for the best films produced in the following categories: Kids&Docs, Teens&Docsone from the public and a special award from the panel of judges, in addition to a TV3 Human Rights and TV3 New Talent prize. On top of all this they will be introducing two new sections including Finisterrae dedicated to documentaries in foreign languages and with filmic preconceptions within the documentary, and Docsaffairs, a section dedicated to documentaries focusing on current themes.

With a total of 11 sections, and 42 documentaries, this festival is the perfect gathering for debate,entertainment, film screenings, and chats with the documentary creators that will be showing from the 1st to the 6th of February.

Furthermore, the Welsh director Peter Greenaway has been invited as guest of honour to attend this year’s edition of the festival. Peter Greenaway is considered one of the most original contemporary directors thanks to films such as “ The Draughtsman’s Contract” and “ Rembrandst’s J’accuse ” whose indisputable quality has led him to be nominated several times in the Cannes, Venecia, and Berlin film festivals. Throughout the festival Greenway will be exhibiting a selection of his films under the Le Dernier Repas category, and which the organisers hope will serve as a platform for debate.

The Docsbarcelona festival has been divided into the following sections:

Panorama: where a selection of the most relevant, interesting and recently produced documentaries on the international scene will be on offer. This year spectators will get the opportunity to see the documentary “Armadillo”, which follows a group of young people to the hell that is Afghanistan, and “Chemo”, an ode to life and love in a cathartic process about cancer and victims overcoming the illness in hospital.

Historia : focusing on documentaries as a memory facilitating instrument and means for examining the reality of historic facts.

Finisterrae : a new section that features documentaries exploring new ways of showing the reality of today, that move away from canonical models and use new formal resources: Films showing include: “Dear Steve”, “Foreign Parts”, “Immersion”, and “Todos vós sodes capitans”.

Doc!Doc!Doc! With fresher proposals from the newer generation of film makers.

Catalan Day: screening of prizewinning and the most internationally valued Catalan documentaries.

12 – 16 and 7 – 11: two sections aimed at adolescents and children respectively so that they can learn about realities of the world and those close to home.

Xtra: classes and screenings to encourage debate and analyse documentaries in general.

Finally, there is the Pitching Forum dedicated to the documentary industry, a platform aimed at boosting the documentary market and gathering place for professionals from all over the world. The entire festival will be taking place at the Filmoteca de Cataluña, l’Espai Jove La Fontana, La Pedrera and in the cines Girona.