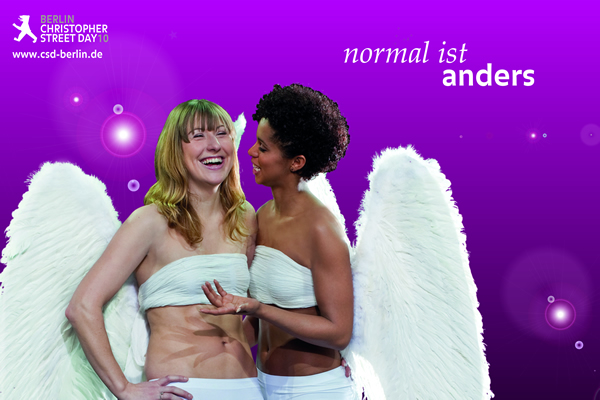 If you are to visit Berlin next weekend, don’t forget to join one of the best parties held in the German capital, the Christopher Street Day (CSD). In the so called LGBT Pride day is named Christopher Street Day in memory of the first big uprising of homosexuals against police assaults that took place in ’s on June 28, the German capital, , the celebrations around this day are being carried out during the whole month of June.

The most important highlights however occur this weekend, starting with the Official Opening PartyCSD held next Friday the club Tresor .30 with a party called O.M.G.!! QUEER BONITO GOES BERZERK. This popular three-floor Berliner pub, situated in the district of Mitte, will make everyone dance with the performance of popular DJs Snax, Massimiliano Pagliara, Cath¡n¡Dan, Handmade, Zoe, topmodel, Gloria Viagra and Miss Italia. This is a great opportunity to test your costumes and make-up you have prepared for the next day parade.

After such a great party be ready for the following day huge celebration, the CSD Parade 2010, which for the first time in its history, will conclude in Brandenburg Gate, the political and cultural centre of . The parade will kick off at 1 pm from Kurfürstendamn and will pass through Wittenberplatz, Nollendorftplatz and some other points before reaching its goal, under the motto, “Normal ist anders” (Normal is different).

And of course, the best way to end this whole weekend party celebration is with the Official Closing Party, which takes places in the Dice Club, a two-floor local ready for 2.000 dancing assistants who will be totally enchanted by the performance of the popular DJs Moussa, Cambis, Polla Disaster and many others.

In addition to that, those wishing to enjoy the whole agenda and benefit from discounts can get for free the Berlin Pride Card, by which it can be possible to get a 20 to 50 % discount in all the events. You can get the cards in the Mann-O-Meterassociation or any other sponsor supporting the whole event.

If you are in these days, don’t pass up this opportunity to enjoy and experience the main and most amusing events taking place in the German capital.