Enjoy the Jazzin’ Festival in Milan this July 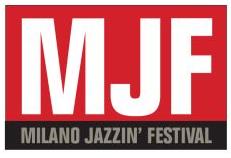 Music to suit all tastes this 2011

There is no better time of year to enjoy music in the outdoors. You know when it’s getting hot because the cultural agenda in every country fills up with numerous festivals. Italy, of course, is no exception and amongst all those activities on offer there, one of the most interesting is the Milan Jazzin’ Festival.

Don’t be confused by the name. The Jazzin’ Festival is much more than Jazz. It is a festival for musical omnivores and features all styles of music including rock, indie, soul, hip hop, pop and electronic, which will be blasted out in this popular festival that is celebrating its 5th anniversary this year.

From the 1st to the 28th of July, every night, there will be a concert filling the pleasant Milan evenings with music. In addition, the line up this year also promises to be the envy of all the other European Festivals taking place this summer, and not for nothing as renowned international musicians will be performing on the Arena Cívica stage.

Genuine music legends such as Lou Reed, Ben Harper & Robert Plant, Ringo Starr and his All Starr Band, George Benson and Paul Simon will be delighting the audience with their beats, guitars and unique voices. The likes of Arcade Fire, Skunk Anansie, Duran Duran, Cindy Lauper, Cipress Hill and Moby will also bringing a more modern take the event.

Finally, Nick the Nightfly will be opening the festival with the Montecarlo Nights Orchestra on the 1st of July. Jazz fans will also be to enjoy performances from legendary George Benson, Caro Emerald and Stefano di Battista who will be presenting their latest and recently released album.

An unmissable event with something to suit all tastes, which throughout the month of July, will be putting Milan at centre stage of the music scene.