Eva Longoria, to be hosting the MTV Music Awards in Madrid 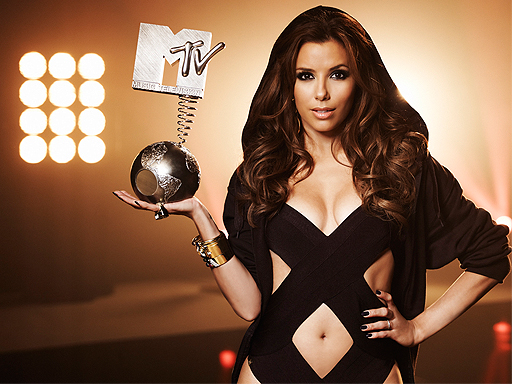 As we announced previously, on the 7th of November the Europe MTV Music Awards will be celebrated in Madrid in the Caja Mágica (Magic Box) sports complex, and will be broadcasted via the MTV music channel.

We didn’t know who would be driving the reigns of this huge event, but it now has been confirmed by the music channel, and this year it is non other the actress Eva Longoria, famous for her role in the American TV series “Desperate Housewives” that has turned 6 this year. However, the main attraction of the evening will not just be the hostess but the various performances by the groups and artists confirmed to be attending and that will be entertaining the audience with impressive performances on the Madrid stage.

Thus, the performances will be spectacular, and the line up includes one from the world famous Shakira, who will be presenting her new album. Furthermore, Katie Perry who has been nominated for some awards has been confirmed to be attending the MTV Music Awards in Madrid. We will see who will be going home with the most awards, given that the acclaimed and eccentric Lady Gaga has been nominated for the same awards, who will be performing on the 7th of December in the Palau Sant Jordi, Barcelona.

However, this event is not only for the divas as we will be seeing performances from the Kings of Leon on the Madrid Caja Mágica stage, who have squeezed in this performance in their European tour and who will be performing in concert in Madrid on the 1st of December in the Palacio de Vistalagre. Linkin Park, and the musicians Keya and Kid Rock have also been confirmed to be performing in this event.

Names of those attending this mega music event that is to be celebrated on Spanish territory for the second time, although this time in Madrid, still remain to be confirmed. So, keep your eyes peeled for more information on the Europe MTV Awards prize giving ceremony in Madrid that promises to be one of the major events of the year in the Spanish capital.