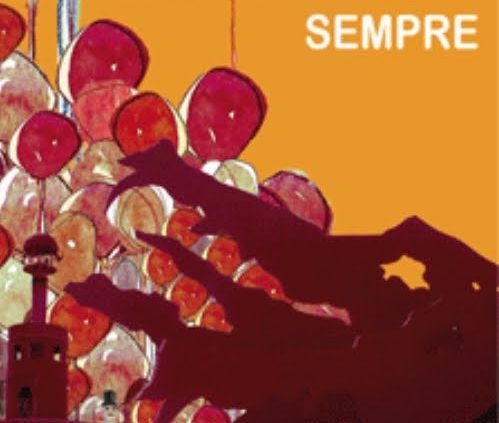 During summer, leisure activities abound which makes it easy for us to spend our free time in the street, in bars, pubs or restaurants. This rule complies as well in , since the hot months are full with popular events, as well as cultural and sporting activities. Summer is the time Barcelona’s districts celebrate their popular festivals; consequently, nearly every week there is a small or large popular event that invites you to go and get to know a new district. In August the Festa Major de Gràcia is celebrated, the most prominent and important popular festival in . However, at the end of August the district of Sants celebrates its own popular party. This Festa Major de Sants is not as well known but over the years its ranking has been increasing and now has nothing to envy to the Gràcia popular party.

The Festa Major de Sants takes place between Saturday August 21st and Sunday 29th August. Throughout this week its streets are dressed up and offer the residents the best of themselves. In each of its streets are organized activities for the neighbours, such as chocolate or sardine tasting, lunches and dinners with the most typical Catalan products, workshops, dances, and correfocs (fire-runs) and castells (human tower). All to the delight of children and for the not so young, for families and neighbours that gather together to celebrate their festival.

But there are as well organized common activities to make everybody enjoy this popular party. Thus, during this week different concerts are to be held in the Parque de The Susan Sheiman / Jazzcare 4 Project band plays on Sunday 22 August offering a jazz performance. The following day is the Hip Hop turn with the performance of band Facto Delafé and Flores Azules and on Tuesday 23 is the night of the Rumba, with the performance of the Catalan band Estrellas de Gràcia.

So, this August you have the chance to get into the popular culture of and enjoy the traditional festivals, its streets and contemporary and traditional music.