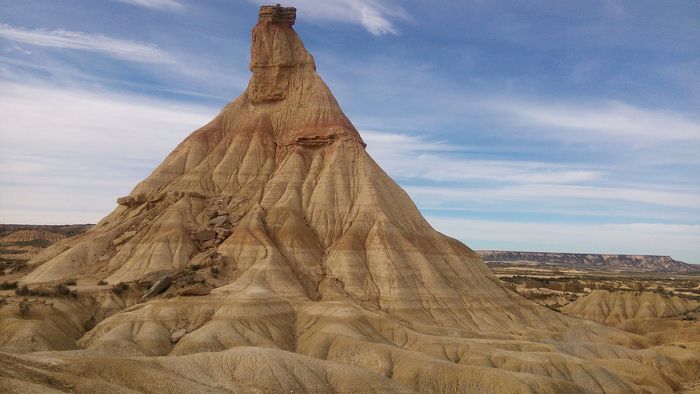 HBO has revealed where it will be shooting the 7th season of Game of Thrones, including many locations in Spain. So here’s a list of the places that will appear in the next season of the series. Filming starts in October and in some cases casting is already under way!

This will be the third consecutive year that parts of the series will be filmed in Spain. The following places will form part of the landscape of Game of Thrones in 2016:

CÁCERES. The historic city centre, a World Heritage Site since 1986, boasts lots of spectacular historic buildings that might form part of King’s Landing, since HBO hasn’t announced any filming in Girona or Dubrovnik for this season.

Staying in the province of Cáceres, they’ll also be filming scenes for the 7th season in Malpartida, set against the beautiful natural backdrop of Los Barruecos. They’ve also announced that they’ll be filming a courtyard scene in the Castillo de Trujillo.

SEVILLE.Seville has already appeared in Game of Thrones. In the 5th season the Real Alcázar de Sevilla became the Water Gardens of Dorne and in the 7th season we’ll be seeing this location again, on the trail of the Sand Snakes. They’ll also be shooting scenes in the Reales Atarazanas in Seville.

Another new location in Seville will be the Roman ruins of Italica, near Santiponce. Italica was the first Roman city founded in Hispania, in 206 BC. Its imposing amphitheatre had a capacity of 25,000 and is very well conserved. We still don’t know which scenes from Game of Thrones will be set here, but you can read more about Italica in this post.

ALMODÓVAR DEL RÍO. Andalusia will feature heavily in the 7th season of Game of Thrones. Another location will be the Castillo de Almodóvar del Río, in Córdoba. This impressive Muslim fortress has been altered several times over the centuries, most notably in the 14th century. We understand it will be Casterly Rock, the home of the Lannisters.

ZUMAIA. Several scenes in Game of Thrones will also be shot in towns in the Basque Country, including Zumaia, Guipúzcoa, fairly close to San Sebastián. This charming coastal town has stunning flysch scenery on Itzurun Beach. They’ll be filming here for six days. It might be where Daenerys’s troops will disembark or perhaps it will become the Iron Islands.

SAN JUAN DE GAZTELUGATXE. Staying in the Basque Country, this unique islet in the municipality of Bermeo is the stuff of dreams. It will almost certainly be the setting for a battle in the 7th season of Game of Thrones. San Juan de Gaztelugatxe is very close to Bilbao, so if you want to find out more about this magical place and how to get there, have a look at this post.

Places where Game of Thrones has been filmed in Spain

While we’re at it, we might as well look back at all the places where Game of Thrones has been filmed in Spain in previous seasons so you can check them out and relive the memories on your next trip!

ALMERÍA. Almería has a long tradition as a film set, going back to the spaghetti westerns, and its spectacular landscape has also featured in Game of Thrones. Tabernas Desert and Pechina, in the Sierra de Alhamilla, became Vaes Dothrak, the Dothraki capital and commercial hub. The Alcazaba de Almería was transformed into Sunspear, and the Torre de Mesa Roldán, in Cabo de Gata, appeared as Meereen, the city of pyramids.

GIRONA. In the 6th season, several scenes were filmed throughout the historic city centre, including the cathedral and the Jewish quarter. Girona became both Braavos and the Great Sept of Baelor in King’s Landing. A number of other scenes were also shot in the area around the city, in the mediaeval town of Besalú and Montgrí Castle, on the Costa Brava.

CANET DE MAR. In the 6th season of Game of Thrones, the Castillo de Santa Florentina became Horn Hill, the ancestral home of Sam and the Tarly family.

OSUNA. Only an hour away from Seville, the bullring in Osuna became Daznak’s Pit, site of one of the most epic scenes in the series when Daenerys Targaryen soared off on the back of Drogon, escaping the Sons of the Harpy.

CÓRDOBA. The Roman bridge in Córdoba, built in the 1st century BC, became the Long Bridge in the free city Volantis, in the 5th and 6th seasons.

BARDENAS REALES. The rocky outcrops of Bardenas Reales, in Navarre, became the Dothraki Sea. It’s not hard to see why: this semidesert and natural park looks like something from another planet.

PEÑÍSCOLA. In the 6th season, Peñíscola, in Alicante, was another location chosen by HBO to shoot Game of Thrones in Spain. La Puerta de Felipe II, Plaza de Santa María, Parque de la Artillería and Plaza de Armas are just some of the places we’ve seen on screen as part of Meereen.

ZAFRA. The medieval castle of Zafra, in Guadalajara, with its imposing keep, became the Tower of Joy, where Lyanna Stark died, revealing one of the most eagerly awaited secrets of the 6th season.