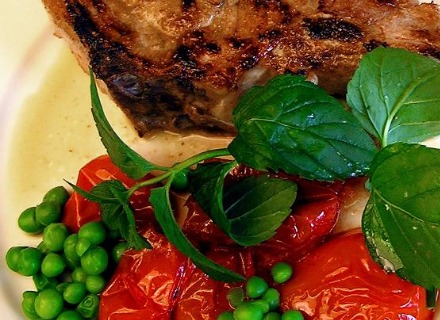 National Food Festival in Paris this 2011

Taking place this Friday the 23rd of September for the first time ever is the “Fête de la Gastronomie” (National Food Festival) all across France. Paris will of course be at the heart of this Gastro Fest which is not only featuring the most events but the most impressive.

France is the queen of haut-cuisine, renowned for its high quality, locally produced ingredients, innovative dishes and tasty results. For travellers, trying some of the local food is a great way of discovering the country and the culture, cuisine forming a major part of the French, especially cheese and wine.

Bearing this in mind and at long last, Secretary of State for Tourism, Frédéric Lefebvre, has announced the celebration of the first Fête de la Gastronomie in France, a brand new national food festival celebrating the wealth and diversity of French cuisine, focusing on local food from different regions in France.

The event follows French gastronomy being recently declared a World Intangible Heritage by UNESCO for its conviviality. It has also been inspired by the format of the successful Fête de la Musique where open-air music fills the streets of France.

The festival will be held on an annual basis and will take a different theme, this first year’s edition being “La Terre” (our Earth), because it allows us to “harvest its fruit, and use them for our food. Because man and earth are inseparable”.

Thus, visitors to the national food festival can expect local products made in different regions in France, famous chefs cooking up some amazing dishes, the public sharing their own favourite recipes and special techniques used when cooking, culinary treasure hunts, workshops to learn traditional French recipes, special menus by thousands of restaurants across the country, the Tous au Restaurant promotion whereby guests can enjoy gourmet cuisine and the second diner eats free, further workshops on creating high-end tableware and décor and green markets, amongst many other tasty food events.

In Paris in particular, there will be shop window competitions, taste testing events, afternoon tea with Bernadaud, cooking classes, co-lunches, discounts on high-quality food products, special menus in various restaurants across the city and Dead Nature collections with wine, cheese, fruit, bread and a buffet, amongst many others.

To conclude, this is a great opportunity to discover some of the greatest cuisine in France in the one of the world’s top destinations. If you’re currently in Paris make sure you don’t miss out!

Posted in Paris, Where to eat in Paris
Laura