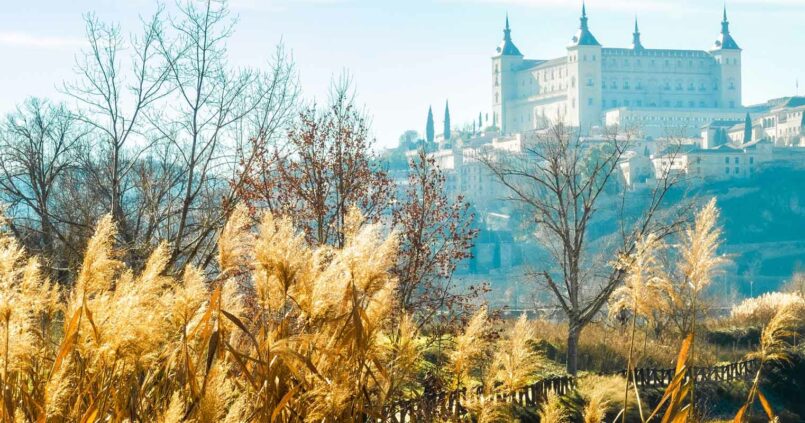 Whether you’ve rented one of our holiday apartments in Madrid or have lived in the city all your life, here are some ideas for getting out and discovering its surroundings. Check out our selection of day trips from Madrid under two hours away by car, bus or train. Come with us on the best 5 day trips near Madrid!

Only 45 minutes south of Madrid is the city of Aranjuez, famous for its amazing French-style gardens and, above all, for its 16th-century Baroque-Herrerian Royal Palace. Its interiors are pure fantasy, with magical ceramics in its Porcelain Room, medieval charm in its Arab Room and sumptuous baroque in the incredible mural in honour of Fernando VI on the dining room dome.

Aranjuez is also famous for its gardens: Jardín del Príncipe, Jardín el Parterre and Jardín de la Isla. You’ll be whisked off to the heart of Paris. But that’s not all: its streets are rich in artistic heritage in places such as the Iglesia de Alpajés and Iglesia de San Antonio. Wonderful sightseeing close to Madrid and for lunch you can savour typical rural cuisine, such as Aranjuez asparagus and strawberries.

Another great city close to Madrid is Toledo, only an hour and a half away. This city is known as the capital of three cultures thanks to its remarkable heritage from Muslim, Jewish and Christian traditions. The Muslims left their mark in the form of the beautiful 10th-century Cristo de la Luz mosque, which takes you back a thousand years in history. the Jews bequeathed the city a series of lovely 12th-century buildings such as Santa María la Blanca, one of the few synagogues left in Spain.

You mustn’t leave Toledo without seeing its monumental cathedral, which combines French Gothic and Mudéjar Art influences. Inside you can admire the amazing painting by Luca Giordano on the sacristy dome and you’ll be tempted to take a selfie by one of the beautiful doorways such as the Puerta de los Leones and Puerta del Reloj. Visiting Toledo is one of the best Madrid day trips if you have a spare day. You’ll find stunning architecture around every corner, including the famous Puente de Alcántara, which inspired Frank Baer’s bestseller, and the Alcázar, with its imposing outer walls.

After all this sightseeing, you’ll want to take a rest and savour some of the local specialities, including cochifrito, cocido en tres vuelcos and sopa de ajo. If you’re someone who always leaves room for dessert, try the toledanas de cabello de ángel and pasteles de yema for a surefire sugar rush!

If you need more ideas for sightseeing near Madrid, here’s another top choice of our selected 5 day trips near Madrid: Segovia. Only two hours north of the capital lies another city that will take you back in time to Old Castile. Here the fusion of religious is also keenly felt, since Segovia still has its beautiful synagogue and an amazing Jewish quarter.

Segovia is most famous for its 30 m high Roman aqueduct, from where you can head to Calle de la Alhóndiga and check out the impressive mansions in the area. Only five minutes away is Segovia cathedral, one of the few examples of Flamboyant Gothic architecture in Spain.

Other gems include the Torreón de Lozoya and the striking Alcázar. And don’t even think of leaving without trying the local specialities, torreznos and cochinillo.

If you’re still wondering what to see in Madrid and its surroundings, the lovely town of Ávila is about the same distance from Madrid as Segovia, but to the northeast. It appears to have come straight out of the pages of a medieval fairytale, surrounded by the longest Romanesque wall in Spain, over 2 km long! It also boasts the impressive Catedral del Cristo Salvador, with a stunning baroque altarpiece featuring work by two Spanish master painters, Pedro Berruguete and Juan de Borgoña.

Ávila has also superb churches to discover when sightseeing near Madrid, including the Basílica de San Vicente, one of the best-conserved examples of Spanish Romanesque, with its famous polychrome stone funeral memorial, the Cenotafio de los Santos Mártires. Don’t leave without visiting the Renaissance Torreón de los Guzmanes and savouring some lovely tapas in the Plaza del Mercado Chico or the irresistible yemas de Santa Teresa. We think a trip to Ávila is one of the best day trips from Madrid.

Finally, only 48 minutes from the centre of Madrid is Alcalá de Henares, the birthplace of the greatest genius of Spanish literature, Miguel de Cervantes. This is one day trip near Madrid you mustn’t miss.

This city is so steeped in heritage that in 1998 it was declared a World Heritage Centre. The city grew up around the Universidad de Alcalá, founded in the late 15th century by Cardenal Cisneros. Its Renaissance Plateresque precinct is unique in Europe.

The nearby Plaza Cervantes is in the heart of the town, reached after a lovely stroll past the arches on Calle Mayor. Check out one of the few remaining theatrical courtyards in Europe, which bears witness to the popularity of theatre in the early modern period. If you want to learn more about this period, we recommend visiting the Museo Casa Natal de Cervantes, which puts on a superb programme of cultural events all year round.

When you start to feel peckish, try one of the local specialities, such as sopas de ajo, migas manchegas con chorizo and asado de cordero. If you have a sweet tooth, ask for some rosquillas!

With this brief guide to 5 day trips near Madrid you’ve got the perfect excuse to plan your getaway and discover there’s life beyond the capital. 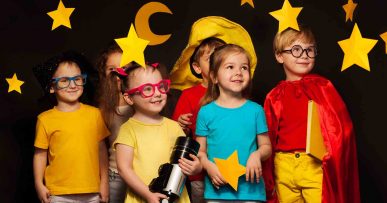