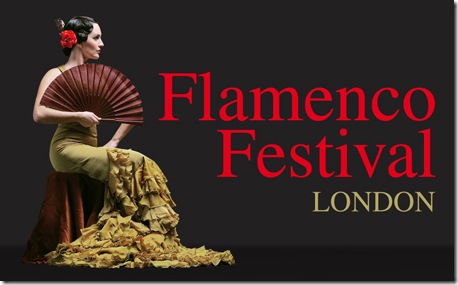 Flamenco now appears to be a universal art, and wherever it goes it seems to triumph which may have something to do with the genuine passion of the dancers and singers, as well as due to the beautiful rhythm and movements associated with this Andalusian art. Whatever it owes its success to, its fame and universality is becoming increasingly clearer with events such as the London Flamenco Festival taking place between the 8 and the 19th of February which will be giving Londoners the opportunity to experience a few days of passion and feel flamenco at the hands of some of the greatest Spanish flamenco artists there are.

Thus, Sadler’s Wells theatre, London will be hosting this flamenco festival from the 8th to the 19th of February with artists such as Estrella Morente who will be performing for the first time since the death of her father two months ago. Theatre-goers can also expect performances by Sevillian dancer Israel Galván in “La Edad de Oro”, the singer Miguel Poveda, the Aída Gómez dance company who will be offering their version of “Carmen”, flamenco dancer Rocío Molino in “Cuando las piedras vuelvan”, the guitarist Tomatito, with his “Luz de Guía” recital dedicated to Camarón, and the flamenco dancer Eva Yerbabuena, who will be performing her new piece “Cuando yo era”.

When: from the 8th to the 18th of February

Discounts: 20% discount for groups larger than 8

At the ticket office from Monday to Saturday between 10h and 20h.

In the Peacock Theatre (Portugal Street), from Monday to Friday between 11h and 18h.

Posted in Art and Museums in London, London
Claudia