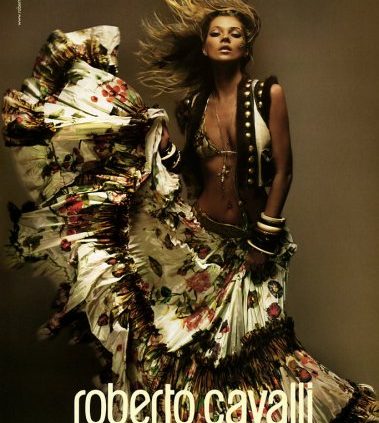 As we are all aware Italian fashion is the epitome of and leader in the world of fashion, something which is not a coincidence but has more to do with their quality, and their attention to detail that characterises Italian brands whether it is in the design and manufacture of clothing and accessories, or in cars, or furniture, and anything else they can think of. A few weeks ago we touched on Italian brands of cars, more specifically the Alfa Romeo and Castagna Milano that are perfect examples of their endeavours and determination to achieve maximum perfection in design and quality of the final product. Today, we would like to delve further into the world of Italian fashion, thus we are going to talk about two brands from the city of Florence, in this case Gucci andRobert Cavalli, the epitome of Italian and luxury design.

What can we say about Gucci that we don’t already know, the flagship of luxury Italian fashion. His story is a rich as his designs. In the 20s, the founder Guccio Gucci opened in his native city Florence a leather goods workshop and a small boutique specialising in travel articles created by master Tuscany craftsmen, following his stay in the Hotel Savoy in London, where he tasted first hand British extravagance.
As time went by, Gucci became a brand of great prestige and had international and sophisticated clientele interested in his collection of bags, trunks, gloves, shoes and belts inspired by the equestrian sport.

The reigns and bit motif became lifelong symbols of this brand. In the 40s they presented the famous and now iconic “bamboo” bag. In the 50s the brand crossed international waters opening stores in New York, London, and Paris amongst other cities and one of the badges of Gucci is the green-red-green stamp that became a great success. The following decades were their golden years with important figures such as Jackie Kennedy sporting their “Jackie O” bag, or Grace Kelly with her Flora silk scarf designed exclusively by the famous painter, Vittorio Accornero.

Following many ups and downs in the 80s, they managed to win back their past prestige and success thanks to a top design team in the 90s led by the innovator, Tom Ford. Thus, they once again become the most famous and successful luxury Italian brand in the world. Because Gucci was, and will be the symbol of Italian extravagance.

Another one of Florence’s symbolic brands is Robert Cavalli that now has been present in the fashion world for 40 years putting his stamp on and making his mark with his easily recognisable designs which are now the trademark of his brand. This designer of Italian fashion carries design and art in his blood. His grandfather, Giuseppe Rossi was a painter, famous for his contribution in the Macchiaioli art-movement and his works are displayed in the Uffizi Gallery. Robert came from a noble family, and decided to study art and contact with painting, sculptures and architecture which cultivated his love for prints and flowers. His revolutionary method used for stamping leather finally led him to the fashion world and he soon demonstrated his worth in prêt-a-porter collections in France during the 70s and then later in Milan, and the rest of the world. Today, the Cavalli brand is easily identifiable by the patterns and styles that year in year out the designer uses on his clothing ranges and accessories. Wild patterns, fringes and leather, for sexy, daring, bohemian, folk, warrior like, and sophisticated women. Gold, skin, and animal patterns that epitomise Italian luxury in its purest form.