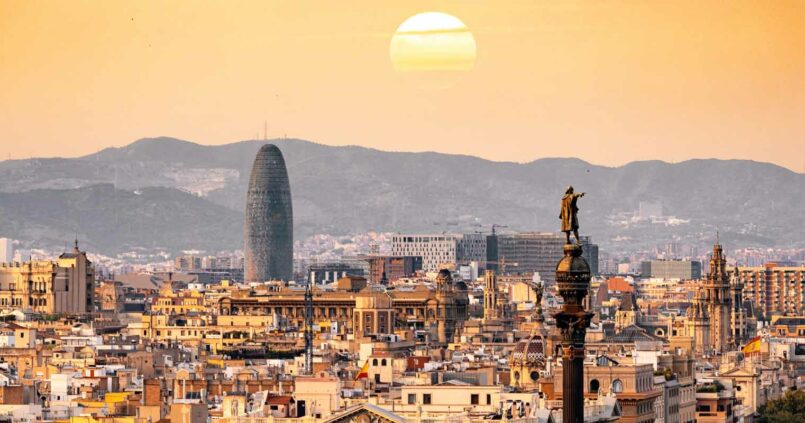 If you’re planning on visiting the Catalan capital and want to see everything it has to offer, free tours are a great option. More and more popular every year worldwide, these tours are usually available in a range of different languages. We’ve put together a list of the most popular ones in Barcelona, based on reviews by travellers.

If you decide to sign up for one of them, remember that although strictly speaking they’re free of charge, it’s usual practice to tip the guide if you’ve enjoyed the experience and discovered lots of interesting things about the city.

The best free tours in Barcelona

1. Secrets and Stories of the Born neighbourhood

This free tour in Barcelona is run by Be Local Tours Barcelona and covers one of the most fascinating areas of the city: Born. You’ll explore this ancient medieval quarter full of mansions and streets with intriguing histories. You’ll visit emblematic places such as the church of Santa Maria del Mar, Ciutadella Park and the Palau de la Música Catalana. This tour is also great for local residents.

This free tour in Barcelona explores a less well-known area of the city that is constantly changing: Poblenou. Led by a local architect, you’ll discover all kinds of urban contrasts, from old factories as remnants of its industrial past to modern buildings that look to the future. Skyscrapers, parks, old buildings with hidden secrets and many more details to discover. The tour takes about two hours.

On this free tour in Barcelona you’ll be amazed by stunning examples of Catalan Modernisme architecture and learn more about the life of famous architect Antoni Gaudí, who lived in Barcelona in the early 20th century and designed some of its most beautiful buildings. This free tour is given in either Spanish or English, depending on the group. Highlights include the Sagrada Família, Casa Batlló and Manzana de la Discordia.

4. Free Tour of the Old Town

Although the historic city centre has undergone many changes over the centuries, it is still one of the best-conserved medieval neighbourhoods in Europe. The city dates back over 2,000 years and this free tour in Spanish reveals secrets from the Romans to the present day. It takes in a wide range of places, including Santa Eulàlia cathedral, the remains of Roman aqueducts, the Palau de la Música Catalana, Mercat del Born, church of Santa Maria del Mar, Plaça del Rei, Temple of Augustus and the medieval Jewish quarter.

5. Free tour of the Gothic Quarter in Barcelona

This free tour of Barcelona run by Cat Tours Barcelona is packed with fascinating information on the city’s Gothic Quarter. You’ll travel through different ages and see how this area of the city has changed from Roman times to the present day. The main themes covered by the tour are the Civil War, the cathedral, Catalan legends and traditions, the Roman walls, Picasso in Barcelona, the Pont del Bisbe, City Hall and the Inquisition in Barcelona. What are you waiting for? This free tour has it all!

The unique Raval neighbourhood has a long history. Many people would call it a city within a city. In the Middle Ages, this area was home to flourishing butchers and barbers (not welcome in other parts of the city) and ever since this has never been one of the most glamourous parts of Barcelona. Today, the multicultural Raval neighbourhood is still poor, raw and, about all, full of contrasts, home to skaters, striking buildings, museums, party bars and restaurants for all tastes. You’ll also find plenty of hip second-hand clothes shops. An area well worth exploring with an expert guide.

7.  The Civil War in Barcelona

For history lovers, this free tour in Barcelona is a must. You’ll learn all about the Battle for Barcelona and how the Civil War affected the city, with everyday details of life during and after the war. Follow the course of the conflict by visiting key sites in the city, from where the first barricades were built to the final battle at the military barracks next to the dockyards. You’ll hear real-life stories that are still remembered by many local residents today.

If you’re keen to discover even more about the city, including other neighbourhoods such as Poble-sec, Paral·lel and Gràcia, check out other articles on our blog, where you’ll also find lots of other information on what to see and do in the city.