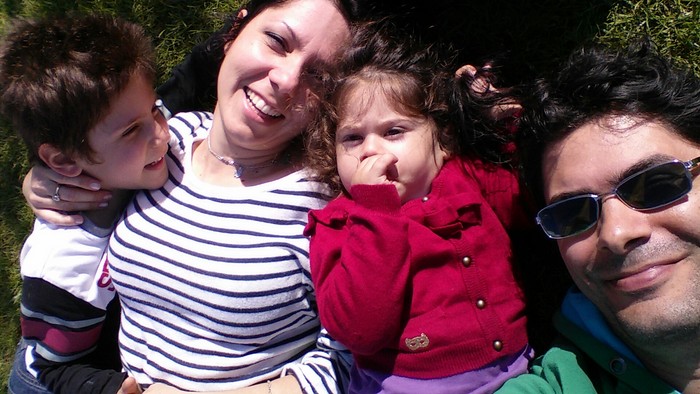 Barcelona, our city of love

Recently, Luca and his family were in Barcelona—a city they are particularly fond of. If you want to find out why, keep reading…This is Luca’s Friendly Story:

“Look, Dad: I’ve made the Sagrada Familia!”
We’d just got back from our trip to Barcelona and our six-year-old son Santiago surprised us all. He’d made a Gaudí-inspired building out of Lego, proving that travelling and new experiences are key for opening young minds.

Barcelona is our city of love. Years ago, it was where Anna and I had gone on our first trip together. Walks along the shore, romantic dinners in the Born, our first night together. We went back nine years later, now married with two kids (Santiago and Anita), and this trip had a very special feel.

We discovered Friendly Rentals on the internet and found a lovely apartment, the Manel apartment, right by the magnificent church of Santa Maria del Mar. A very special place: at night, from the bedroom, we could see the tiles lit up so close that it almost felt as if we could reach out and touch them.

Travelling is always a discovery and with kids even more so. When we were a couple, we explored all the city’s romantic places; now we were enjoying the parks, from the historic Ciutadella Park to the modern Diagonal Mar Park. Photos, grass, cartwheels and laughter.

At night we went out a bit, with the kids ready to become locals. We had dinner late, as is the custom here, and then strolled along the streets until midnight to Fossar de les Moreres square, under the huge eternal flame, which Anna had called the “little candle”. Or we wandered through the narrow, winding streets of the Gothic Quarter in search of a certain magical doorway which years before had been the gateway to a great adventure for a young couple. We were thrilled to find it again, this time to take a selfie of Mummy and Daddy kissing, much to the kids’ bemusement… But you don’t have to explain everything to them, do you?

Every time we go back to Barcelona we like to think of it as our home. We go shopping, lose ourselves in the sights, sounds and smells of Boqueria Market, walk down the Rambla and on to Barceloneta and the salty tang of the sea.

And at the end of the holiday, we carry our suitcases down to the street and close the door, struck by a happy thought: this is the door to home, and we’ll soon be back.