Game of Thrones in Spain 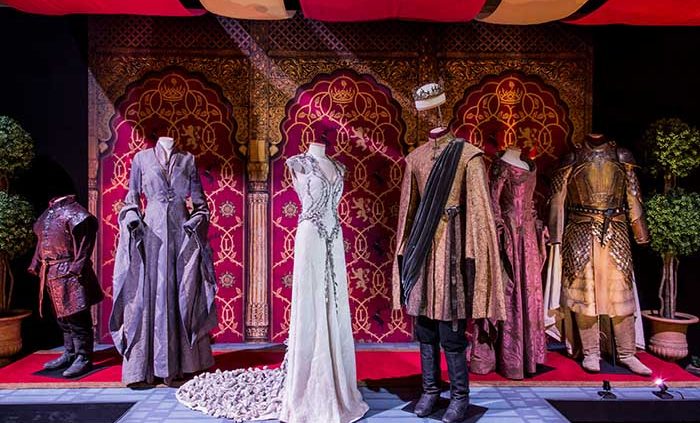 If you’re a Game of Thrones fan and live in Barcelona or are planning a trip to the city, read on! Until 11 March you can visit Game of Thrones: The Touring Exhibition and on 10 May there is the Game of Thrones Live Concert Experience. Interested?

The Museu Marítim in Barcelona is currently housing the Game of Thrones exhibition. Over 120,000 people from all over the world have seen it to date, making it one of the top international exhibitions in Spain. Catch it while you still can!

Barcelona is the first city to host this eagerly awaited 1,000 m2 exhibition, where Game of Thrones fans can enjoy a vast amount of original materials from the series, including costumes, props and other original items from the first seven seasons. The exhibition is divided into different thematic areas packed with multimedia installations and interactive devices that have thrilled fans. It’s not every day you get to see dragon’s skulls, scale the wall keeping the White Walkers at bay, admire Khaleesi’s genuine stunning outfits, fight with Jon Snow’s sword or look straight into the Night King’s eyes.

And if you fancy an even more epic experience, you’ll want to get tickets for the Game of Thrones Live Concert Experience. On 10 May at 9 pm the Palau Sant Jordi in Barcelona will be transformed into the seven kingdoms of Game of Thrones in a magical, unforgettable night. Acclaimed composer Ramin Djawadi, who wrote the Game of Thrones soundtrack, will lead this unique opportunity to experience the music and voices of the soundtrack in a live performance, accompanied by amazing stagings and spectacular screenings that will take you through each of the seven seasons. Hearing the original music for the series live will give you goose bumps! You’re sure to leave the concert dying to sit on the Iron Throne yourself!