Get ready for the San Sebastian Film Festival 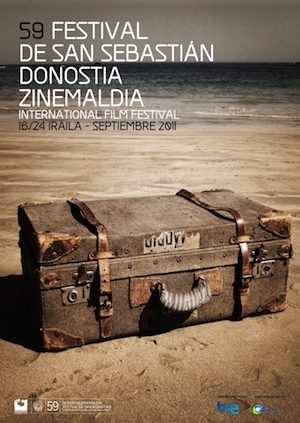 Since it first started in 1953, San Sebastian Film Festival has been the setting for the world premiere of international films such as Vertigo by Alfred Hitchcock and Melinda and Melinda by Woody Allen. It has also boosted the career of film directors such as Pedro Almodóvar, Francis Ford Coppola and Roman Polanski. Many celebrities, stars and famous personalities within the film industry have walked the red carpet, and this year is going to be no exception.

This year the festival will be celebrating its 59th edition and from the 16th to the 24th of September this art genre will be taking over the city. The films will be competing in the three normal sections. 18 international, unreleased films will be competing in the Official Selection section for the Concha de Oro award, whilst Zabaltegi offers an alternative and more informal selection of the best films of the year competing for the Audience Award, and finally in Horizontes Latinos, unreleased Latin-American films that have never been shown in Spain will be competing for the Horizontes Award.

In the retrospective sessions, this year there will be a section dedicated to French filmmaker Jacques Demy, a figure key to French cinema who pumped life into the musical genre, as well as two thematic cycles, American Way of Death dedicated to black cinema recorded in the 90’s and Electric shadow showing the latest in Chinese cinema.

The opening gala of the film Festival will present fantasy thriller Intruders, the new film from director Juan Carlos Fresnadillo starring Clive Owen, and the festival will close with the world premiere screening of the comedy Intouchables by Eric Toledao and Olivier Nakache. In addition, for the first time ever, throughout the closing ceremony they will announce the official winners live.

To conclude, nine whole days to enjoy some great cinema that films fanatics can not miss out on.

Here is a video of the retrospective American Way of Death to give you an idea of the kind of films that will be screened over the festival days in San Sebastian.

Zinemaldi – American Way of Death from More on Vimeo.