Going out in Bilbao 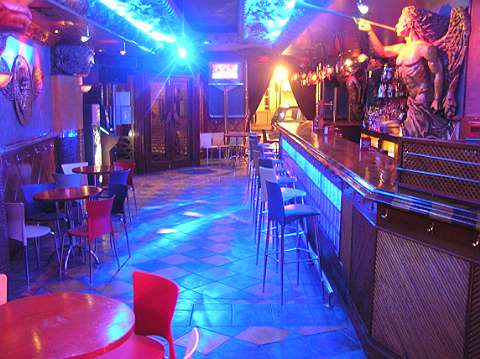 We’ve visited the most important touristy things in Bilbao, we’ve been shopping, we’ve had some “pintxos”… and now what? Go out, or go to our apartment to sleep?
The night is young, and despite the lethargy and fatigue that can build up during a day of tourism, we recommend heading out to investigate the nightlife of Bilbao. Here’s some suggestions so you know where to go out in Bilbao.

Of all the areas for going out in Bilbao, the most popular are the Old Quarter, Indautxu and Mazarredo.

This is the perfect place for trying a few pintxos, a few cheeky glasses of wine and some local beer in the pubs. With bars offering everything from rock to Spanish-style cheese in the centre of Bilbao, you won’t want for somewhere to have a drink or listen to some live music. If you’re looking for big clubs, however, this isn’t for you.

• Azkena (Ibáñez de Bilbao, 26) – Concerts, rock and alternative music. A classic of Bilbao.
• Kafe Antzokia (San Vicente, 2) – A legend on the Bilbao scene, with very varied music.
• Yandiola (Pl. Arriquibar, 4) – This is a restaurant, but the upper floor has a terrace with attractive views in which chillout music is played and cocktails are served.
• Umore Ona (C/ Esperanza, unnumbered) – A Bilbao classic, where you can have a few drinks to the beat of authentic rock. There’s also live performances.

This area is more selective and calm, although the drinks are also a little more expensive. The most popular street of the area, thanks to its large number of bars, is the C/ Licenciado Poza, more simply known as “Pozas”.

Another major going out zone in Bilbao. This is where people go when the bars in other areas are closed and they want to keep the party going. The majority of places to go out in Mazarredo are some kind of club.