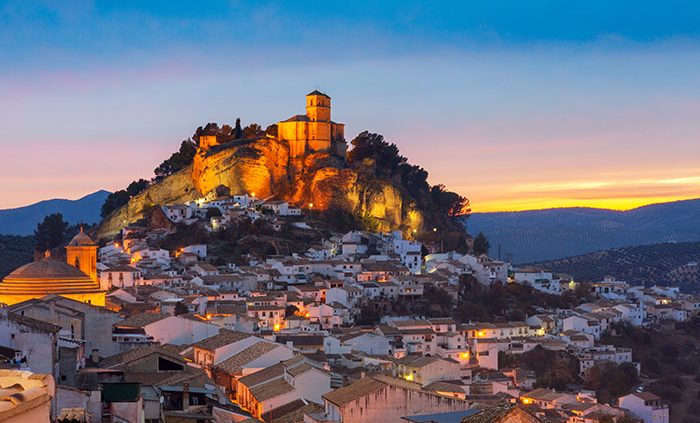 Places well worth a visit

The Alhambra in Granada is without a doubt the top sight in the city. But Granada is far more besides! In the area around Granada there are many beautiful towns well worth a visit. Come and discover some!

What to see around Granada

Here are just some of the beautiful towns you should see on your next trip to Granada:

Guadix: this town near Granada is world famous for its cave houses, very similar to those on the planet Tatooine in the mythical Star Wars series. It also boasts a beautiful Cultural Heritage Site cathedral and a striking citadel. Make sure you sample the local cuisine: in Guadix you can eat some of the best tapas in the Granada area!

Nívar: great for nature lovers, Nívar is very close to Granada. At over 1,000 metres above sea level, it is the perfect spot for observing the city and taking in fantastic views over the Sierra Nevada. At the Peña de San Bartolo there is a major 7th-century archaeological site that is ideal for hiking, cycling and paragliding.

Montefrío: according to National Geographic magazine, Montefrío is one of the lucky towns with the best views in the world. With its castle perched on a high crag, Montefrío’s picture postcard image has made it a favourite for weddings. It is also famous for its cheeses and olive oil, as well as its megalithic graves in the Peña de los Gitanos.

Orce: home to one of the leading palaeontological sites in the world. You should also visit the Alcazaba de las Siete Torres, a striking fort right in the town centre.

Trevélez: this town in the Alpujarras enjoys its own special climate, which makes it the perfect place for maturing cheese. Its white houses decorated with brightly coloured flowers make Trevélez a captivatingly beautiful place.

Pampaneira: located right in the heart of the Alpujarras, its white houses stand out against the brightly coloured hats made locally. One of its restaurants created the famous plato alpujarreño, a hearty dish made with patatas a lo pobre, chorizo, pork, ham, morcilla, fried eggs and pepper. And if you’re looking for someone special, make sure you visit the famous Chumpaneira fountain, whose miraculous waters, legend has it, are just the thing for finding a partner!

If you still don’t know where to sleep in Granada, check out our selection of apartments, with the utmost in comfort at unbeatable prices, so you can enjoy the city at its best!

Posted in Granada, Things to do in Granada
Marketing Team 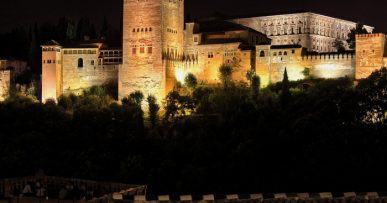 Going Out in Granada at Night!