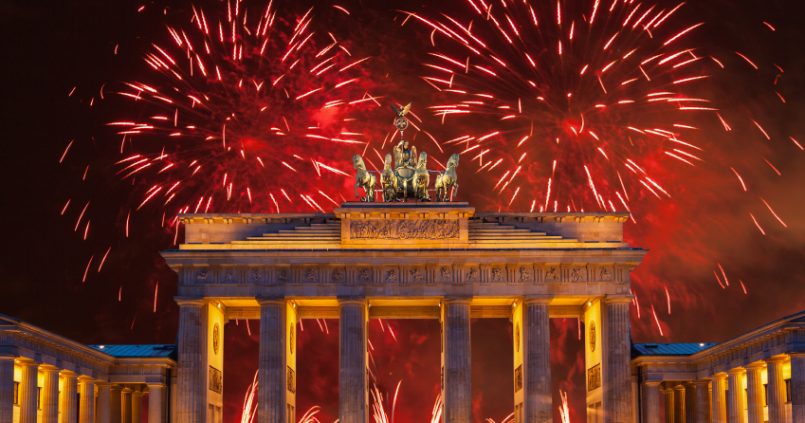 Whilst many of the traditions of Christmas and New Year are similar across Europe – present giving culinary excesses music and fireworks displays – everywhere has its own unique traditions. Taking the family on Christmas holidays abroad gives the season extra sparkle and excitement. Christmas markets spring up everywhere street foods take a festive twist traditional Christmas carols add a sentimental touch to memories of Christmases past and New Year’s fireworks displays light up kids’ faces with amazement. Here we look at just four great European destinations for Christmas and New Year breaks and what makes them so special.

BERLIN – Arguably the place to go for Christmas markets the city has so much to offer in the lead up to Christmas Day. The markets are numerous and full of treats each trying to find its own unique selling point to make it stand out from other markets. But if the magic of the Christmas markets wears-off a little go exploring more traditional shopping venues – although in truth Berlin doesn’t really do traditional shopping centres. Head along to Friedrichstrasse for some upmarket window shopping and spend some time looking around Quartier206 – where the architecture and shops are rather special. For New Year’s Eve visitors and Berliners go up to the Brandenburg Gate. The whole area comes alive with street entertainers shows and vendors of warming festive food and drink. The firework display at the Brandenburg Gate is definitely one of the best organised and most spectacular you will see anywhere.

LONDON – The centre of this historic capital city is bright with lights during the festive season with Oxford Street and Regent Street taking centre stage. People flock to these two shopping thoroughfares at Christmastime from all over the world both to see the lights and take advantage of some excellent shopping. Covent Garden in London’s “Theatreland” is another top destination for visitors on Christmas breaks. The cobbled piazza never seems to sleep: it is alive with fire-eaters and living statues magnificent decorations and vendors roasting Chestnuts on traditional braziers and selling them in simple paper bags. Thousands of people gather in and around Trafalgar Square on New Year’s Eve revelling under the huge Christmas tree gifted from Norway. As midnight approaches people move down to the banks of the River Thames for a truly awe-inspiring firework display.

MADRID – If there is one European capital city that really knows how to do Christmas lights it’s Madrid. The city should be first on everybody’s lips when asked about cities with spectacular Christmas lights but the reality is that it is rarely mentioned by outsiders. This could all change in the future as Madrid has recently added the “Navibus” to the list of its Christmas activities. The “Navibus” gets its name for the Spanish word for Christmas (Navidad) and for just a couple of euro takes visitors on a 50 minute tour of the city’s Christmas light displays. Christmas markets have really taken-off in Madrid recently all sell everything from decorations to festive foods and artisan produce – the oldest of these markets is on Plaza Mayor but there are many other good Christmas markets around the city. New Year should be seen in at Puerta del Sol where thousands gather in front of the Real Casa de Correos to hear the bells’ midnight chime and celebrate new beginnings.

MILAN – This beautiful city is somehow impossibly prettier at Christmastime. The designer boutiques and market stalls are united with seasonal lights and decorations drawing people from far-and-wide to take advantage of both the shopping and the spectacle. The season starts on 7 December with the “Oh bej oh bej” Christmas market which has a centuries long history and tradition. Recently moved to the area around the Sforza Castle the market sells local seasonal delicacies like panettone and beautiful handmade goods that make excellent original gifts. On the piazza in front of Milan’s grand cathedral is a huge and brightly decorated Christmas tree which a real “must see”. Officially organised fireworks displays at Plaza de Duomo and Plazza Castello welcome in the New Year after a tremendous day of feasting.