Guide to Venice: tourism in the City of Canals 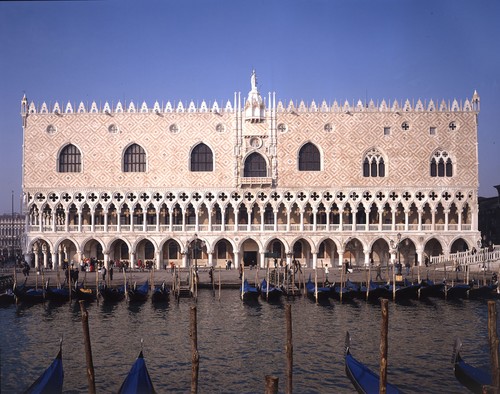 What to see in Venice

Venice. The city of water, of gondolas, bridges and canals; of carnivals and renaissance palaces. This group of 117 interconnected islands is one of the most romantic cities in Europe and also one of the most beautiful in Italy. Setting of numerous novels and films, Venice continues to seduce its visitors with mysterious, labyrinthic little narrow streets, ancient constructions and attractive canals. Fancy coming to discover it?

Although Venice isn’t that large, and you can get to know a lot of the city quite well in little time, there’s some monuments that are essential to any visit. In this short Venice tourist guide, we’ll let you know which are indispensable.

ST. MARK’S SQUARE (Piazza San Marco) – Famous for its pigeons, and the buildings which surround it, the Piazza San Marco is the most iconographic place in Venice. Here, you can find St. Mark’s Basilica, constructed in the 9th Century, and also known as the “Church of Gold” due to the Byzantine mosaics which adorn its façade. In front of the basilica is the St. Mark’s Campanile bell tower, which is 97 m high and has some interesting views over the Venetian Lagoon. The Torre dell’Orologio clocktower can also be found here, along with the Doge’s Palace, various museums and numerous cafes and restaurants.

THE DOGE’S PALACE (Palazzo Ducale) – This is one of the most photographed sights in all the world. It was constructed in the 9th Century, and since then has undergone various modifications. For centuries, it was the residence of the Doge (leader) of Venice; seat of the city’s government and the crown court. Where: Piazzette San Marco. When: from April to October from 8.30 am to 7pm; from November to March, from 8.30 am to 5.30 pm. How much: standard entrance € 19, concessions € 12. The entrance includes access to the Correr Museum, the National Archeological Museum and the National Library of St. Mark’s.

BRIDGE OF SIGHS (Ponte dei Sospiri) – Known throughout the world, this baroque-style bridge gives access to the dungeons of the Doge’s Palace. It’s said that its name comes from the sighs that escaped from the lips of those condemned to death when they saw the Venice for the last time while crossing the bridge. You can go through the interior and explore the “secret itinerary” of the Doge’s Palace

RIALTO BRIDGE (Ponte di Rialto) – The other most famous bridge in Venice. This is the oldest of all those which cross the Grand Canal. It was constructed in the 16th Century, and is traditionally a centre of commerce. It’s a great place to stroll by and watch the hectic traffic of gondolas, taxis and vaporettos navigating through the Grand Canal. On the sides of the bridge, there’s various souvenir and jewellery shops. Where: in the Grand Canal. When: the shops of the Rialto Bridge open from 10 am to 5 pm.

GALLERIE DELL’ACCADEMIA – This is one of the most important art galleries in the world. It contains around a million paintings, with an enormous collection of pre-18th Century Venetian paintings. The works of the grand maestros such as Tiziano, Tintoretto, Giorgione, Mantegna, Tiepolo, Canaletto and Veronese particularly stand out. Where: Campo della Carità. When: every day from 8.15 am to 7.15 pm, closed on Monday evenings. How much: standard entry € 12, concessions € 6.

ISLE OF BURANO – Various islands surround Venice, where you can go for day trips in a matter of hours: Murano, San Michele, Torcello… we recommend Burano: small, picturesque and striking. All the façades of the houses are painted in cheerful colours, which compete for attention and photographs. You’ll also find good restaurants, which specialise in fish and seafood. How to get there: it’s most convenient to take a vaporetto using line LN. The journey lasts 45 minutes.

Venice is a very lively city, which can only properly be discovered slowly and by letting yourself get lost between the streets. There’s many more things to see in Venice apart from those which form part of our tourist guide: the Teatro La Fenice (“Phoenix Theatre”), the Jewish ghetto, the Maria della Salute basilica, the Venetian mask shops, Ca’ Rezzonico, the Royal Gardens… you just have to suspend your disbelief, and let yourself be surprised.