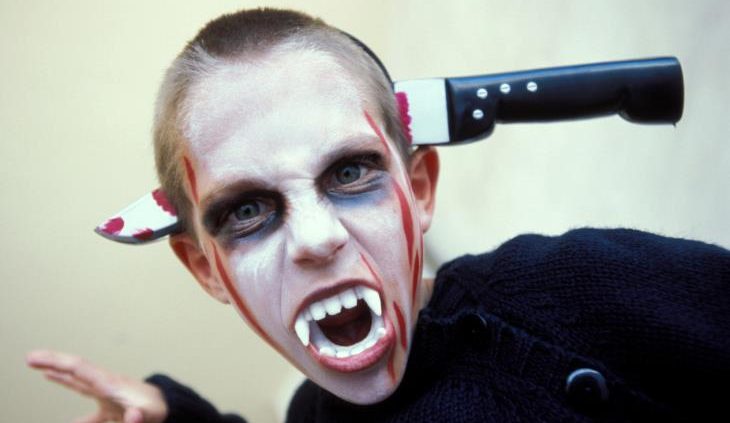 As in many other large cities, in Barcelona the local traditions (of All Saint’s Day and chestnut roasting) interweave with spiders, bats, fancy dress and typical Halloween skulls. So get ready to buy your costume, laugh, hit the town and discover the darkest side of the city.

While other events are still being confirmed, these are some of the main places where you can celebrate Halloween 2012 in Barcelona.

HALLOWEEN PORT AVENTURA 2012 –Theme park Port Aventura has already been transformed into a nest of zombies, ghosts and monsters which Wander between tombs and small dark alleys to give you a deathly fright. Special Halloween performances, parades, three different terror trips and the same attractions as ever, with their fancy dress on. Where: Rambla Parc, unnumbered, Salou. When: from the 29th of September to the 11th of November. How much: between €5 and €45. THE HORROR MARKET – The meeting point for all lovers of the horror films, costumes, collections, monsters, science fiction and retro culture which surrounds the celebration of Halloween. As well as a flea market, there’ll be exhibitions, workshops, film projections and much more. Where: Casal La Fontana (c/ Gran de Gracia, 190). When: 28th October from 12 pm to 9 pm. How much: entrance €0.50.

HALLOWEEN BOAT PARTY – Adventurers and old sea dogs can sign up to a Halloween party on board a catamaran. A journey of 3 hours, during which there’ll be a buffet, open beer and sangria bar and DJs on board so you can’t stop dancing. Don’t forget your costume! Where: leaves from Port Vell. When: October 31st at 7 pm. How much: €30.

HALLOWBEER –Parties watered with beer sponsored by the brand Murphy’s, where instead of skulls they’re giving out presents, among them the possibility of winning a trip to London. They’ll be celebrated in bars and pubs in various cities. Where: George Payne (Pl. Urquinaona, 5), Kitty O’Shea’s and other. When: from the 15th to the 31st of October. How much: free entrance.

EL CASTILLO DE LAS TINIEBLAS ("The Castle of Darkness") – If you want to try a nest of dragon’s eggs, demon lobsters and other obscure dishes during a horrifying dinner and performance, you’ll enjoy this restaurant where zombies, restless souls and other creatures of the night come to meet. On the 1st of November, there’ll be a special Halloween party for children. Where: Autovía de Castelldefels C-31 km. 185 (Gavà). When: between the 19th of October and the 10th of November. How much: €30.

And if Barcelona feels a little small, you can always escape to celebrate Halloween 2012 in Madrid, London, Paris or New York.