Have the Best Christmas in New York 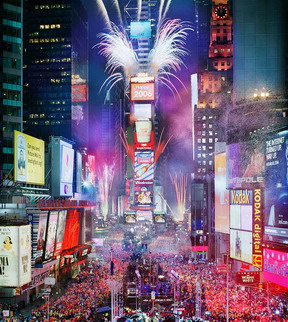 Three things to do at Christmas in New York

Christmas, long awaited by children and adults alike, is a season where you can allow yourself the luxury of eating sweets and all things good until you can eat no more. It is quite frankly one of the best times of the year, a time where you can enjoy some long family holidays.A spectacular place to spend an unforgettable Christmas is New York. In other posts we have already given you a couple of clues with regards to some unmissable events going on during Christmas in New York, and so as not to repeat ourselves, here are a few more recommendations.

How many films have you seen based in New York in the middle of winter, or with characters kitted up with ice-skates and skating on the in-door skating rink in Rockefeller Center? Quite a few, we imagine. Well, if you’re going to spend Christmas in New York, then you can play out some of your favourite movie scenes on the ice. In addition to the fact that it is one of the most well-known winter activities in New York. So, to get there you need to head down to the Rockefeller Centre on 5th Avenue, situated between 49 and 50th street. Prices range between $15 and $27 depending on if it’s for adults or children, and you can hire ice-skates for around 8 dollars. So, as we say truly a fantasy to live out.

A fundamental Christmas event that no American can miss out on ever is the fabulous Radio City Christmas Spectacularthat has been going now for no less than 75 years. This monumental show with dance, special effects, an infinite number of lights, music and fun in the Radio City Christmas Spectacular is part of the Rockefeller Centre, and is one of the largest theatres in the USA, with almost 6,000 seats. This Art Décor style theatre, truly impressive for its history and the size of the facilities hosts New York’s major Christmas event between the 5th and the 30th of December.

Throughout this performance you can expect a succession of Christmas stories, Father Christmas, the catholic tradition, and typical Christmas stories intermingled in a combination that will surely entertain everyone who goes to see it. If you’re in New York this Christmas and you don’t go to see this show, then you won’t have enjoyed an authentic New York Christmas.

Another recurring image in our fantasy Christmas in New York is New Year’s Eve in Times Square. Starting from the afternoon, this symbolic location in New York fills up and prepares itself is this theatrical district to welcome in the New Year with the crystal ball that drops at the top of the building situated at number 1 , Times Square.

This has been a tradition that has been celebrated for more than 100 years. Speeches are made and a number of musical performances carried out until midnight, and when the ball drops there is an explosion of jubilation from the expectant crowd accompanied with fireworks, floodlights, laser projectors, and lots of confetti.

However, if what you want to do is start off the New Year running, there is a perfect alternative in New York involving nothing other than the Midnight Run. This comprises a race whereby some 6,000 runners participate in a 6 kilometre race, beginning with dances, DJs , and costume parades. This race takes place in Central Park ans starts and finishes in Bethesda Terrace, on the on 72nd street crossing.