Human, All Too Human. Spanish Art from the 50s and 60s in the CaixaForum, Barcelona 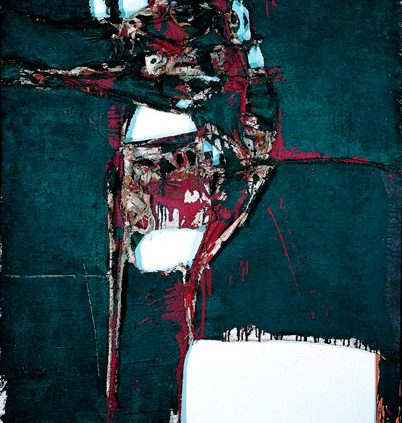 The Social Project Fund “La Caixa” in Barcelona is presenting a new exhibition “Human, All Too Human. Spanish Art from the 50s and 60s” originating from works by Friedrich Nietzsche entitledHuman, All Too Human. A book for Free Spirits,” in which the German author describes a new humanism compared to the prevailing sense of tragedy in romanticism, paving the way for a humanism that re-evaluated common man and distanced him from this tragic sense that characterised the image at the close of the XIX century.

A collection of Spanish Art from the 50s and 60s is on display in the exhibition that attempts to remove importance from metaphors, the literary and dramas, and highlight other more radical and innovative values of the time instead such as the incorporation of new themes and techniques, and the artists own reinterpretation of the history of art.

“Human, All Too Human. Spanish Art from the 60s and 70s” will be displaying some thirty plastic art works, and will be screening seven films by filmmakers that shared similar opinions to those of the plastic arts. Thus, visitors can expect canvasses from Tápies, Dalí and Picasso. All this with one thing in common; references from a time that generated new contemporary artists such as Saura, Millares, Clavé, Guerrero and Equipo Crónica. The film line up focuses on the same decades, and screens films from filmmakers such as Nieves Conde and Jaime Camino that complement the new critiques and themes of these painters and their audiovisual productions.

The collection will be accompanied by pieces from the Barcelona Picasso Museum, the Salvador Dali-Gala Foundation, and the Barcelona Antoni Tàpies Foundation. All this with the aim of offering an innovative look at the existential and non-conformist spirit of post-war Spanish art.

The exhibition aims to highlight radical values in the interpretation of art of this time, such as the importance lent to the diverse iconographies based on the representation of the human form, technical experimentation with materials, the authors` formats and forms, and the critical analysis of the paintings` history and social condition.

“Human, all too Human. Spanish Art from the 60s and 70s” will be displayed in the Barcelona CaixaForum between the 16th of September 2010 and the 20th of February 2011.