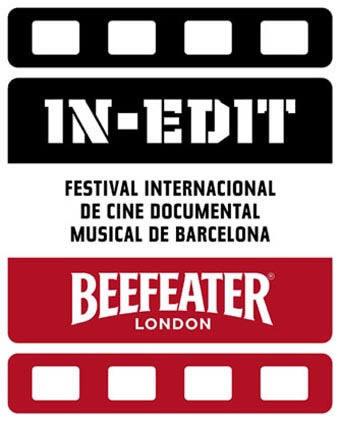 Film festival in Barcelona this 2010

Music fanatics have another chance this year to enjoy the best musical documentaries in Barcelona thanks to the Beefeater In-Edit festival, which will be taking place between the 28th of October and the 7th of November in this exciting city. The eighth edition of the In-Edit Beefeater International Music Documentary and Film Festival will be paying tribute this year to the filmmaker duo D.A. Pennebaker and Chris Hegebus.

This duo has become one of the most respected direction teams on the musical documentary scene, in particular for straying away from set scripts and prioritising reality by filming with a camera in their hand, without interfering in what is happening, and without releasing information through interviews or scripts, thus giving rise to a faithful depiction of real people.

These filmmakers were awarded the D.W Griffith prize for best documentary in 1994, and nominated for an Oscar for the documentary “The War Room” featuring Bill Clinton in the middle of his presidential campaign. They have had a very successful career, which makes their presence in the festival a highlight of the event, especially for their fans and music lovers.

The festival line up is a bit bigger than usual, as Beefeater In-Edit will be collaborating with the Catalonia Film Library so more documentaries can be screened, and not just musical documentaries. Thus, some of the titles confirmed by the festival organisers include documentaries that will be part of the tribute to these two filmmakers, including Bob Dylan: Don’t look back, that is considered the best documentary ever filmed and which follows the legendary singer during his tour in 1967, Monterey Pop by Pennebaker as well, with performances by Janis Joplin, Jefferson Airplane, Otis Redding, The Mamas & the Papas, The Who and Jimmi Hendrix; Ziggy Stardust and Spiders from Mars, a documentary filmed in 1973 which captures some of the ´The Spiders from Mars` concert starring David Bowie and his band in the legendary Hammersmith Odeon, and 101 from Depeche Mode, that followed the band’s fans throughout their “Music for the Masses” tour.

Click here to see what’s on offer in more detail, and where you can read about the entry and exit system which is slightly complicated. You should know that the Central Ticket Offices has now moved to 24, Calle Muntaner. Secondly, entry to the event is based on a ticket exchange system whereby festival-goers should pay and receive a voucher at the Central Ticket Office, which they then should exchange for the concert ticket at the entrance, which are not numbered. Prices at the Ticket Office range from 6 to 25 euros, 10 to 38 euros, and 15 to 55 euros, and do not include access to the cinema screenings. Tickets should be purchased in the Ticket Office separately to attend the screenings, in addition a seat is not guaranteed in any of the sessions. You can exchange your receipt for tickets between the 26th and 28th of October, the same days that you can get tickets for the cinema sessions that interest you the most. From the 29th of October single entry tickets will be on-sale, but they can run out, so make sure you get your ticket for our preferred sessions.

Well, we hope that we have explained how it works more or less, as we don’t want you to get lost amongst all the confusion of exchanging vouchers for tickets etc, and because we want you to enjoy the documentaries without any major problems.