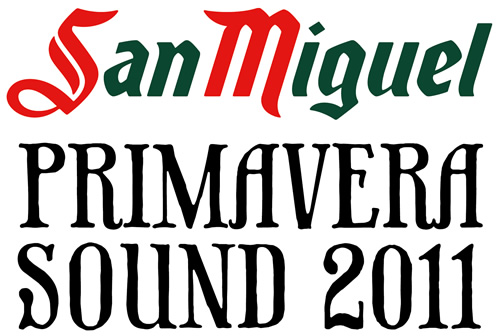 The cards are now even more on the table for Primavera Sound 2011. This year, this prestigious festival will be taking place in Barcelona from the 25th to the 29th of May with the great news that Primavera Sound will be going back to its original format, therefore there will be performances for the opening and closing ceremony in Poble Español, whilst the bulk of the performances will be carried out in the Forum that fits more people, and which without a doubt will be starting this year with an incredible line up that just gets better everyday.

As mentioned previously, the British band Pulp have announced their return to the stage after being separated for 10 years with a star come back programmed for Primavera Sound 2011. Following this great news there has been confirmation after confirmation from top groups such as The National, Fleet Foxes, Animal Collective, Mercury Rev, Caribou, The Flaming Lips, and Grinderman amongst many others. However, this week there’s been even more news, and some amazing news at that! Towards the end of May, the Primavera Sound Festival will be exclusively hosting the performances of PJ Harvey who will be presenting his new album “Let England Shake” in the Catalan capital, which will be released on the 14th of February respectively……making Valentine’s Day for many, at least fans of this British singer, a very special one.

In addition, the organisers of the festival have announced that there are further confirmed performances from groups such as Interpol, Sufjan Stevens, DJ Shadow, and the Black Angels amongst many others, making this festival an international reference on the current music scene, with the best and most illustrious of new talents and musical trends lined up.

Where: Poble Espanyol on the Forum premises

Timetable: to be confirmed, but to keep an eye on the programme, take a quick look at the official San Miguel Primavera Sound Festival 2011 website.

Day pass: 65 euro (+ expenses), you won’t get access to the programmed performances in Poble Espanyol from the 25th to the 29th of May.

To give you an idea of the powerful live performance of the great PJ Harvey here is a video of him singing one of his classic tunes “Rid of me”.