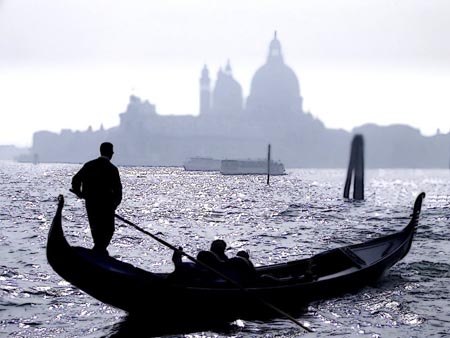 As a city, Venice has seen its fair share of scandal. And it wouldn’t be unreasonable to suggest that a large part of it has been observed from the back of the city’s most iconic form of transport: the gondola

As well as being privy to city gossip, over the years the gondola has been witness to various changes. Gondolas in the past weren’t open like they are today: right up until the 20th century, they normally contained a “felze” (a small cabin) on the deck. We can speculate that the felze was perfect for 2 things: sheltering from the rain, and spying on the masked party-goers of the world-famous Venetian Carnavale.

Felzes were fitted with shutters – incidentally, this is where the term “Venetian blind” is derived from – closing them off from prying eyes and making them ideal for illicit goings-on. What better way to declare your undying love or stab your enemy in the back than in the moonlit Venetian backwaters?

In the time of Casanova, gondolas were a handy means of transport rather than a tourist attraction, with a fleet of 8 – 10 thousand in place during the 17th / 18th century. Today, however there are just over 400 hundred in service. The felzes have been removed to allow better views of Venice. In an effort to control the city’s exuberant decadence, the gondolas were painted an austere black, and remain so to this day.

One radical difference is that you may now be towed by a gondoliera instead of a gondolier – just 2 years ago in 2010, Georgia Boscolo become the first female gondolier.

Some things, however, do not change. Work as a gondolier is tightly controlled by stringent (and, we are told, nepotistic) guild membership, with gondoliers often coming from a long line of predecessors – it’s considered bad luck not to follow in the family footsteps.

Gondolas have retained their mysterious, romantic feel, and are still an excellent way to get round the city of canals, while neatly avoiding the chaos of the pavements.