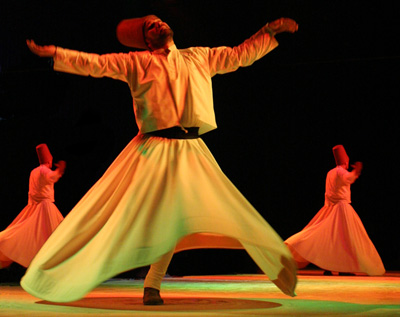 Calling all musicians! Which is more resonant: a full-piece orchestra or just a single person and their instrument? Find out in the International Istanbul Music Festival 2012, this coming June.

From Beethoven’s “Turkish March” to Brubeck’s “Blue Rondo à la Turk”, Turkish tunes have throughout the ages been an eventful source of inspiration and celebration for classical music composers. And what better place to find out why than in the impressive and extraordinary venues of Turkey’s largest city, above all given that the metropolis is poised to celebrate the 40th anniversary of the renowned International Istanbul Music Festival.

In the days of the Ottoman Empire, the splendour and decadence of Turkish festivals was legendary (although, at that time, the most elaborate festivals were generally circumcision feasts for the royal princes). Although things have changed somewhat over the years, it’s evident that the Turks still know how to put on an impressive display. The International Istanbul Music Festival 2012 features many of today’s most important classical musicians, conductors and composers. In previous years, the range of talent on show has been, quite literally, jaw-dropping; and this year’s celebration of the festival’s 40th anniversary (official dates from the 31st May to the 29th June) looks set to surpass all expectations.

The festival may be a lot younger and less well-established than other festivals of its kind; but what it doesn’t have in years it more than makes up for in terms of dynamism, variety and energy. With concerts from more established performers such as the Vienna-Berlin Chamber Orchestra to completely undiscovered artists such as Emre Engin, just one question remains to be answered: “Which is more powerful: a full-piece orchestra or just a single person and their instrument?”.

The festival will run for an entire month, so there’s plenty of time to go for a relaxed stay and enjoy a bit of sightseeing around the striking city of Istanbul as well. It’s worth bearing in mind that the festival also offers what might be the only chance you’ll get to see inside the notable Haghia Irene museum. Our tip: try to get tickets for the prodigious pianist Fazil Say. Say is famous for receiving a standing ovation in every concert he plays around the world. Given that he was also home-grown on Turkish soil, what’s the betting that the trend will continue this year?

The official website contains everything you need to know about ticket sales and venues.

Posted in Art and Museums in Istanbul, Istanbul
Marketing Team