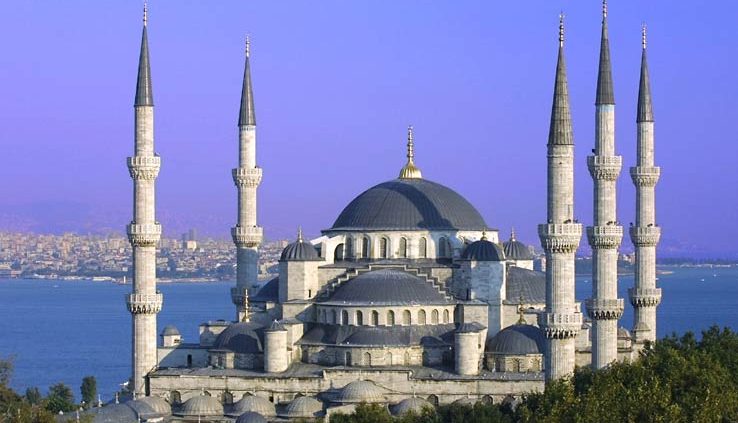 Top things to see in Istanbul

Istanbul, the Gateway to the East, is (due to its approximately 12 million inhabitants) one of the most populated cities in Europe. Here, you’ll find the remains of more than two millennia of history, as well as great cultural and ethnic diversity. Boisterous bazaars, mosques, synagogues, parks, ancient palaces, restaurants… Istanbul is a dynamic, impressive city, to the point that Napoleon once claimed that “if the whole world were a single state, Istanbul would be its capital”.

Although it’s very difficult to decide which are the most essential things to see, we’ve prepared a small guide with the most important tourist attractions of Istanbul.

Hagia Sofia (Aya Sofya) – The Byzantine jewel of Turkey. This ancient cathedral, constructed in the 6th century, is the most visited monument of Istanbul. Its giant dome, golden mosaics and fascinating architecture have turned it into a World Heritage Site. As of 1935, it’s also a museum. Where: Sultanahmet Square. When: from the 15th of April to the 1st of October, from 9am to 7pm. From the 1st of October to the 15th of April, from 9am to 5pm. Closed on Mondays. How much: entrance costs LT 25. The Blue Mosque (Sultan Ahmet Camii) – This 16th-century mosque is one of the most beautiful traces left behind by Ottoman architecture. Its cascade of domes and turrets and six minarets jump out from the Istanbul skyline. It owes its names to the blue light that its interior gives off due to the paintings and 20,000 plus ceramic tiles that cover its roof. Where: Sultanahmet Square. When: from 9am to 7pm, prayer time aside. How much: free.

Topkapi Palace (Topkapi Sarayi) – Another obligatory visit when in Istanbul. Until the middle of the 19th century, the sultans governed their empire from this imperial palace. Now, it’s a museum which occupies more than 700,000 m2 and gives insight into the lives of the ancient sultans. You need around three hours to visit Topkapi Palace. It’s advisable to go early and start the visit at the Imperial Treasury and Harem. Where: Eminönü, 34122 Cankurtaran. When: closed on Tuesdays. All other days, from 9am to 5pm. How much: LT 20 for Entrance to the palace’s museum and LT 15 to visit the harem. Grand Bazaar (Kapali Çarsi) – With more than 3,600 shops and 64 streets, this impressive bazaar is one of the largest and best-known in the world. The perfect place to pick up some bargains and practise the art of bargaining. The market is covered, vivacious, full of activity and every imaginably kind of wares. If you’re looking for spices, teas and typical sweets, we recommend also visiting the Spice Bazaar (Misir Çarsisi). Where: Mollafenari Mh., 34120 Fatih. Between Nuruosmaniye, Mercan and Beyazit. When: closed on Sundays, all other days from 9am to 8pm. Basilica Cistern (Yerebatan Sarnici) – Several metres beneath the earth, this surprising place is the largest of all the water deposits which, in Byzantine times, were built to equip the city with water reserves in case of siege. Also known as the “Submerged Palace”. The construction contains numerous columns, of which two have a Medusa head as a base. A mysterious, fresh and different place to visit in Istanbul. Where: Yerebatan C, 13 34410. Where: every day from 9am to 5.30pm. How much: LT 10.

Other things that are worth a visit during your trip to Istanbul are the San Salvador mosaics in Chora, Galata Tower, Taksim Square, the Süleymaniye Mosque, Dolmabahçe Palace and Gülhane park. In any case, let your feet guide you and discover the magic of Istanbul.