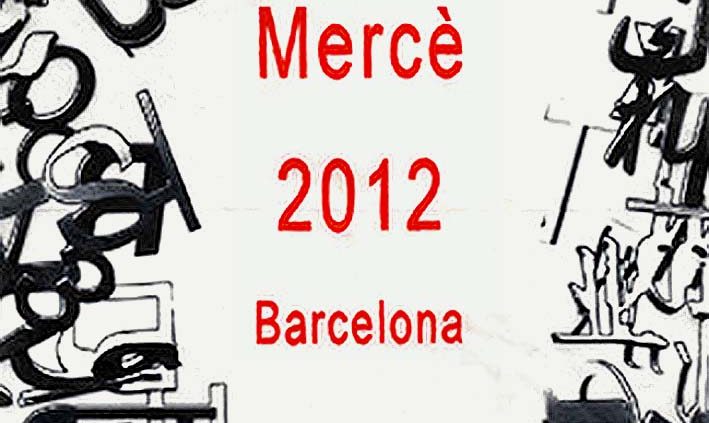 La Mercè is Barcelona’s annual celebration of its patron saint.

From the 21st to the 24th of September 2012, there is no excuse for staying in: everyone in Barcelona has a date with the city. So put on your best clothes and most up-for-it attitude, and get ready to be lead astray by the concerts, explosions, traditions and large quantities of inhibited crazy fun that you’ll find in the festival of La Mercè 2012 in Barcelona.

Celebrated since 1871, La Mercè festival is an opportunity to sample the best of the city’s traditional and modern culture. It’s always held on the 24th September, day of Barcelona’s patron the Virgin of Mercy. Generally, a day or two is included either side, giving the city a long weekend to celebrate the end of the summer.

This, however, is not the kind of bank holiday you’ll want to spend inside painting the house. Varied and compulsive, the celebration (as is stated on La Mercè’s official website) is “the festival of 100 faces”. This year’s partnership with Montreal, Canada, as well as a continuing focus on showcasing Barcelona’s rich cultural diversity, is sure to add a few more. Let’s take a look at some of the highlights of the official PDF programme of La Mercè 2012.

MUSIC – BAM festival, run in parallel to La Mercè, will fill Barcelona with over 60 different concerts during La Mercè 2012, featuring international and local stars such as The Kooks (Sat., time tbc, in the old Estrella Damm factory) and Love of Lesbian (same date and venue, 9 pm).

TRADITIONS – with centuries of practice, La Mercè has got it down when it comes to offbeat and impressive local traditions. Highlights include the terrifyingly realistic “passage of dragons and fire beasts”, accompanied by large percussion bands (Sat., 9 pm, various streets around the Pl. Sant Jaume), and the UNESCO award-winning human pyramids or “castells” (Sat., Pl. Catalunya, 12 pm). Also, don’t forget the opening ceremony (Fri., 7 pm, diverse venues including the Plaça de Sant Jaume).

PERFORMING ARTS – La Mercè is a showcase for new and recognised talent in circus, theatre, dance and other performing arts. The Parc de la Ciutadella will be playing a special role as the “Park of light and technology”, featuring everything from specialist dance troops to juggling acts. Don’t miss the customary final pyrotechnic show (Mon. 24th, 10 pm, Av. Reina Maria Cristina).

On the small chance that nothing in this list takes your fancy, La Mercè also provides other activities such as cinema, workshops, open days and even a striking multimedia performance in the Sagrada Familia (Fri., Sat. and Sun., at 9 pm, 10 pm, 11 pm and midnight). If you’re not sure what to choose, you’re sure to find life and action in any one of the 17 official venues around town. And you’ll soon see why, in the words of artist Jaume Plensa, designer of the official poster of La Mercè, “Barcelona is a dream made of dreams”.

To give you a small idea of what to expect, here’s a video of Barcelona’s La Mercè festival in previous years: