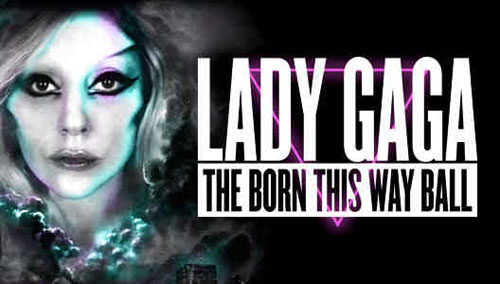 Love her or hate her (and it’s pretty unlikely you’ll feel anything in between), Lady Gaga is one of the most influential pop artists of our times. Fans of the crazy singer, then, will be glad to know that Gaga’s 2012/2013 world tour to date has been a roaring success.

Also known as the “Born This Way Ball”, Lady Gaga’s world tour has been described as some of her most “personal” and “exaggerated” work to date. As such, audiences can expect theatricals, statements, and above all a lot of fun from the woman who needs no introduction.

In a seeming bid for world domination, Lady Gaga’s 2012/2013 tour will take her into previously unseen territory. Her extensive Latin American fanbase, for example, will be happy to know that this includes various areas of the continent from Buenos Aires to Bogotá for the first time.

The Born This Way Ball by Lady Gaga has yet to pass through Europe, Central and South America, Canada and the USA. Various top-name bands such as British Glam-rock group The Darkness have been confirmed to stand in as supporting acts.

Here in Friendly Rentals, we’re particularly pleased to announce that Lady Gaga will be playing in several of our favourite destinations. Tickets are flying off the shelves, however, and we doubt there’ll be many left for much longer. Tickets cost everything from $ 32 to a whopping $ 1000, and you can buy them in advance from online ticket sales sites such as this one.

For a complete list of cities the Born This Way Ball will be playing in, please refer to Lady Gaga’s official tour dates page.

…and to give you some sort of idea of the madness you can expect from Lady Gaga’s world tour, here’s a copy of the star’s video of the same name.