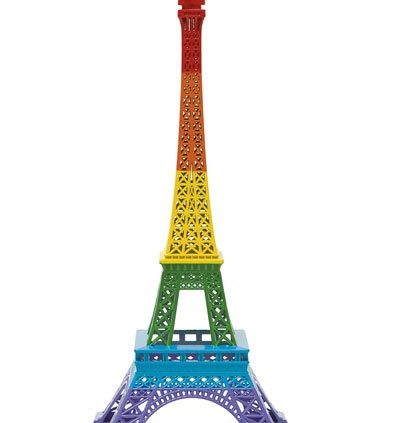 Of all the gay pride parades that take place, the “Marche des Fiertés” (Paris gay pride parade) 2012 will be one of the biggest. Being the first capital to elect an openly gay mayor in 2001, gai Paris has for centuries been highly liberal; and this is reflected in the hundreds of thousands of participants who will spill out onto les rues in a multicoloured show of solidarity with homosexual rights.

It’s recently been released that the starting point of the Paris gay pride parade 2012 will be the Place du 18 Juin 1940, at 2pm on the 30th June. The parade will follow its traditional route down the Boulevard du Montparnasse and eventually across the river and up to the Place de la Bastille. At exactly 4.30pm, the music and festivities will stop for three minutes in remembrance of the 130,000 people living in France affected with HIV. More details about the parade are being released almost every week on the official website, so keep updated.

Although the Paris gay pride parade is known for its convivial atmosphere, drinks offers and lively sense of fun, it’s important not to forget that this is, primarily, a political event. With the slogan “equality won’t wait anymore!” (“l’égalité n’attend plus!”), the crowds uniting under a (rainbow-coloured) flag for the Paris gay pride 2012 will make a clear statement for the gay community.

This doesn’t mean, however, that you can’t also have a great time at the lively Paris pride parade 2012. The heavy after-parade partying naturally falls into the bars and clubs of the well-endowed Marais district, where the procession ends. In a bid to attract attention, you’ll find venues falling over themselves to compete with offers. The Raidd Bar is a particularly well-known gay hotspot, where you can find out why the locals talk about the “little Eiffels” of the go-go dancers. Les Marronniers has the trendiest terrace in town, and is set in one of the most gay-friendly streets in Paris – the Rue des Archives – so if you don’t like it, it’s easy enough to go elsewhere.

To see how "les rosbifs" do things on the other side of the channel, you might also like to bear in mind that London is hosting World Pride this year.