Let them impress their teachers with these Barcelona facts for kids 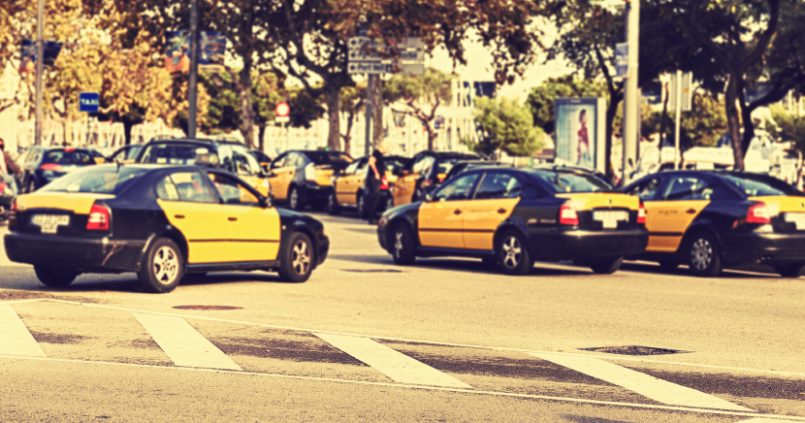 Let them impress their teachers with these Barcelona facts for kids

The beautiful Catalan city of Barcelona is an ideal destination for a family holiday. It has exquisite beaches a beautiful climate excellent places to eat and loads of things to see and do. The children will absolutely adore it there and will want to tell everyone about their holiday when they are back at school. So when their teacher asks them about their holiday why not help them out with these interesting facts about Barcelona?

1) The Sagrada Familia is a must see on any holiday to Barcelona. The architecture both inside and out is truly unique and breathtaking. Construction began in 1882 and although it is designed by the great Catalan architect Antoni Gaudi it was originally to have been designed by another architect. Thank goodness Gaudi took on the challenge because the result is a unique blending of the Gothic and Art Nouveau styles which as art critic Rainer Zerbst observed was unlike any church building “in the entire history of art.” You will soon notice that the church is still being built and the kids can confidently tell their teachers: "The Sagrada Familia has taken longer to build than the Great Pyramids of ancient Egypt". Learn more about the history of the Sagrada Familia with this stop motion video.

2) A number of the world’s great cities have iconic forms of public transport like London’s red double-decker buses that are instantly recognisable to visitors. Very often it is the taxi’s that remain in our memory – London’s traditional black cabs New York City’s yellow cabs and Delhi’s yellow and green tuk-tuks are some of the most famous. Barcelona’s taxis may not be the most famous in the world but you can point out to your children that just like in other big cities: Barcelona taxis are all the same colour – black and yellow.

3) Museums in Barcelona cover many subjects: history art science architecture. In fact there are more than 50 museums in the city and nobody would try to visit them all during their holiday. Amongst the most popular are the Barcelona Centre of Contemporary Culture the Maritime Museum and of course the museum at the Sagrada Familia. Back at school however the children can surprise their teachers with the knowledge that: In 2013 Barcelona Football Club’s museum was the most visited museum in the whole region of Catalonia (or at least that is what the football club claims).

4) If you search the internet for the ‘national dance of Spain’ you will get tens-of-millions of results most of which will have the word ‘Flamenco’ somewhere in the text. This form of Spanish folk music and dance comes from the Andalusia region of southern Spain and is not something you are likely to see much of in Barcelona or anywhere in Catalonia. The traditional dance of Catalan culture is the Sardana and the dance is very important to them. So if teacher asks “Did you see the Flamenco dancers when you were on holiday in Spain?” your child can say with confidence: No Catalonian’s don’t like Flamenco they join hands and dance the Sardana.

We are sure that these four simple Barcelona facts for kids will impress their teachers and show them a little of what they learned on holiday.