London International Mime Festival to be taking place this January 2011 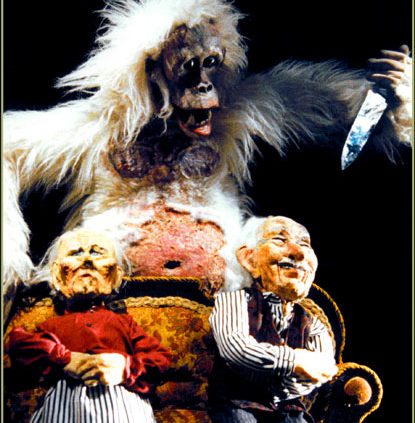 London is just the place to be as even though Christmas is barely over there are lots of things lined up for 2011 and an abundance of activities on the agenda for the entertainment of visitors and locals alike. For one thing Cirque du Soleil has come to the city, the Chinese New Year celebrations are soon to be taking place, and all this is on the cards in addition to theatre productions and some crazy nights out. However, if you would like to try something different and really fun then we would like to recommend the London International Mime Festival comprising cutting edge circus- theatre, adult puppetry and animation, and physical and object Theatre taking place in London from the 15th to the 30th of January 2011.

The London International Mime Festival is the capital’s longest running established international theatre session. The first edition took place to showcase the work of British visual theatre artists, many better known abroad than in their own country.

The programme spanned the spectrum of wordless performance including live art, physical theatre, new circus, puppetry and object theatre – work which is still at the heart of the Festival’s annual season. It was presented and funded by leading London fringe venue, the Cockpit Theatre, with support from the Arts Council of Great Britain.

The late 1970’s was a period of resurgence for innovative forms of theatrical expression where words played little or no part, and which now inform mainstream theatre at every level. New members have joined the organisation bringing new ideas and expertise, and over the last 25 years the festival has collaborated with some twenty-five London venues from the West End to the Almeida, Roundhouse, Barbican, Laban, Royal Opera House, Sadler’s Wells, BAC and South London Gallery.

The Mime Festival is Britain’s annual showcase for the best in contemporary visual theatre, a popular annual event in one of the world’s most dynamic and multi-cultural capitals. It has presented many of the most distinguished names in its field such as Jacques Lecoq, Bolek Polivka, and Marcel Marceau and his company, amongst others as well as supporting a new generation of important artists like La Ribot, Compagnie 111, Josef Nadj, Licedei, Simon McBurney’s Complicite, Phelim McDermot’s Improbable Theatre, and many of today’s leading new circus ensembles.

In this year’s Mime Festival there are various kinds of shows using puppetry/animation, and circus skills etc. including the gothic thriller “The Curse of Poe” lined up as well as those performances by the Akhe Engineering Theatre, Circo Aereo, and Le Jardin theatre company, amongst many others. In addition, they are holding two week workshops during the festival offering to teach festivalgoers “How to be a Stupid”, during which they provoke beginners and experienced actors into finding their own clown personas, “An introduction to Corporeal Mime”, and an “Introduction to Commedia as a Performance Tool”, etc.

So, if you would to attend one of Europe’s most exciting seasons of innovative visual theatre then check out their website for further information and times.