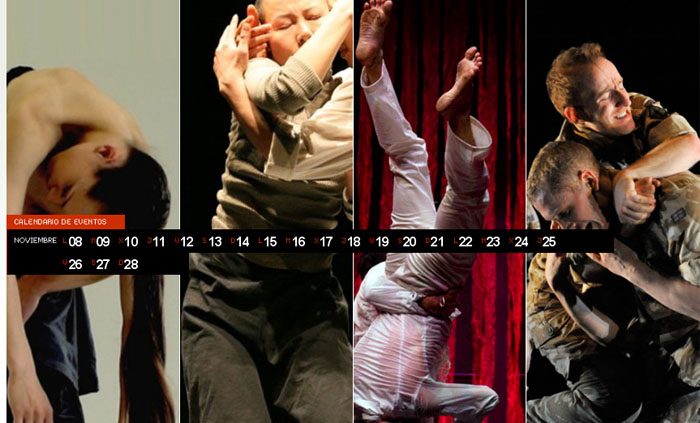 From the 8th to the 28th of November the Madrid en Danza festival will be taking place, and celebrating its 25th anniversary with a line up of top local, and international dance companies and young creators, that will be demonstrating their new styles and fusions with other disciplines, as well as performing more classic ballet, on the Madrid stages.

34 shows will be performed on 31 different stages in the region and one of the highlights will be the tribute to the Madrid choreographers and dancers such as that to be paid to Teresa Nieto in celebration of her 20 years in the profession. To commemorate such an important anniversary, Nieto will be performing together with 16 artists such as Enrique Cabrera, Sara Cano, and Mónica Cunde in Los Teatros del Canal (dance complex) from the 10th to the 12th of November, in the show Tacita a Tacita.

In addition, the National Dance Company will be bringing 3 new pieces to Los Teatros del Canal between the 11th and the 14th of November, two of which will be from when of Nacho Duato was director, Jardí Tancat and White Darkness, whilst the show Noodles, from the French director Phillipe Blanchard, will be showing for the first time in Spain.

The young creators will have their own spot within the Generacion 2.0, which will feature “Carapintada, el salto de la rana y otras pequeñas historias” performed by Janet Novás in the Padrillo Theatre.

With regards to the international performances, the Polish Dance Theatre Zawirowania will be bringing their show Fuera de Campo to the Sala Cuatro Pared theatre, and the Ballet de la Opera de Lyon will be bringing Giselle to the Madrid stages on the 19th and 20th of November. Mats Ek will also be performing at Alcalá de Henares on the same day. Finally, Carmina Burana from the Spellbound Dance Company will be performing in the Gomez Theatre on the 24th and 25th of November.

Posted in Art and museums in Madrid, Madrid
Claudia