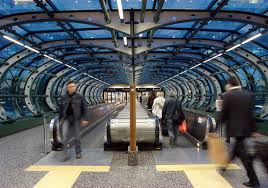 How do I get to Milan from the Airport? Malpensa is Milan’s biggest airport and Italy’s busiest. It is 35km north east of Milan and consists of two terminals. The larger T1 is for the bigger commercial companies and T2 caters to the low cost airlines such as Vueling and Easyjet. A free shuttle bus leaving every 20 minutes connects the two. Officially it is the Orio al Serio International Airport but also goes by the name of Il Caravaggio. It’s located 42km east of Milan, close to the city of Bergamo. Originally it was a military airport but today it is used by many low cost airways especially Ryanair.

The official name is Enrico Forlanini International Airport in honour of the Italian aviation pioneer. Located only 7km from the centre of Milan, Linate is a small airport servicing national and short international flights. More than 9 million passengers pass through every year.