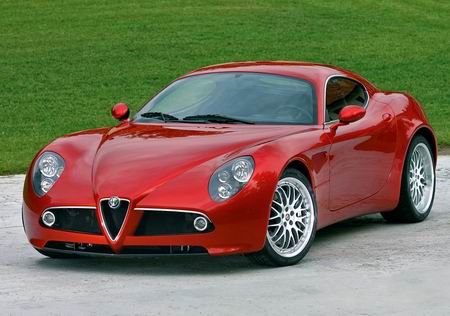 Italy is not only famous for Roman monuments and historical remains of its imperial past but also for fashion. It is the pinnacle of and current international reference tool to fashion and style. Its creative inventions have given rise to the best brand of cars, fashion, food etc. As the fashion capital, Milan also prides itself on being the headquarters of the legendary car brands, the Alfa Romeo and Castagna Milano.

This year, the Alpha Romeo turns 100 years old. Founded in 1910 in Milan, the Alpha Romeo brand car has always been famous for its elegant design and quality features. Its emblem represents on one hand its Milan descent, given that the red cross on the white background is the flag of Milan, and on the other hand the Visconti family crest that the brand adopted which takes the form of a snake with the head of a dragon devouring a man. The snake is a representation of loyalty, courage, insight and wisdom, whereas the man represents his enemies. A clear declaration of its intentions. At the beginning, the brand was simply Alfa, the acronym for Anonima Lombarda Fabrica Automobili.

Their first car design was the legendary 24 HP with impressive mechanics which already had sports car like features. However, the true power of the car brand was not demonstrated until the 40/60 HP was designed and which won its first sports car race. Although the production of cars was temporarily suspended to manufacture war materials during the First World War, production was reinstated subsequent to the war and the company changed its name to Alfa Romeo. It was at this point that the engineer Merasi designed a model that catapulted the brand to fame, the RL. Since then, Italy, the world, and of course the Alpha Romeo family have gone through many changes. Currently, the Alpha Romeo sport and family brand cars are the most respected car models as they have maintained a line of elegance and excellence in quality which makes them a perfect choice if you want to combine practicality with quality.

With regards to the second model, the Castagna Milano was designed by a Milan company in 1849. The creators mainly focused on the manufacture of car bodywork with an unrivalled attention to detail. With the arrival of motor vehicles, they concentrated their efforts on the bodywork manufacture of legendary vehicles such as Mercedes-Benz, Alfa Romeo, Hispano Suiza, and Lancia lending their quality and design to the best chassis in the world and thus giving rise to the creation of luxury cars.

In order to manufacture these cars exclusively they opened the so-called “Factory of Dreams” where they produced bespoke car bodywork for the most well-to-do clientele and as a result true works of art on wheels. With the decline of this legendary Italian brand of cars after the Second World War, Castagna Milano saw its market disappear along with its dreams. However, over the past few years this legendary brand of car bodywork has been reborn and has currently returned to the market, their most successful designs being those that they created with Fiat to celebrate the 100th birthday of Alfa Romeo. As a result, the legendary models the Coupé Targa, and the legendary Monovolumen Ricotti were redesigned. All this so that true lovers of luxury cars may dream again.