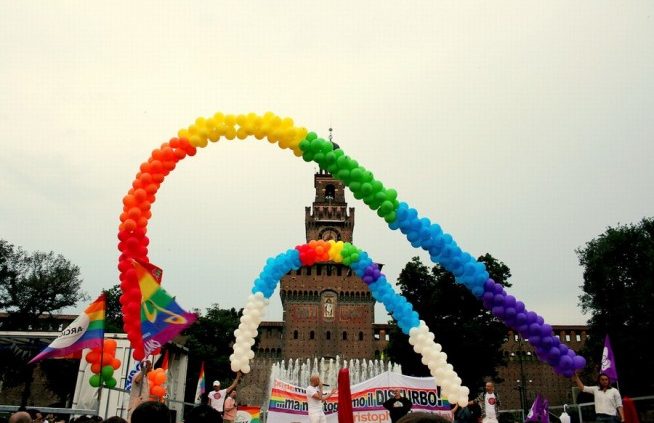 A few days ago we mentioned all the activities that are being prepared in celebration of Gay Pride in London. If you still haven’t made any plans, then maybe you would prefer to go to Milan instead and take part in the festivities there.

Similar to other large European cities, Milan is currently putting the last finishing touches to their preparations for Gay Pride, celebrated to commemorate the Stonewall events in 1969, considered the origin of the modern movement fighting for the rights of the LGBT community (lesbians, gays, bisexuals and transsexuals).

This year, following talks in Italy over the last few days, the Milan City Hall has decided to sponsor the event. This has occurred under the new mandate of Mayor Giuliano Pisapia and comprises the first time that the Gay Pride march institutions have been officially recognised in the country.

Milan is not only a major fashion city, but also a capital buzzing with activity. It is open, multicultural, and has a dynamic nightlife with one of the largest gay communities in Italy. Thus, in addition to the most prestigious designer stores and its major tourist attractions, you can enjoy the wide range of leisure activities on offer, as well as the numerous gay bars and pubs that are distributed across the city.

The Gay Pride march in Milan will be taking place on the 25th of June. It will start from Plaza de Lima at 4.30pm and conclude at Plaza de Castello where the towering Castello Sforzesco, originally built in the XIV century, is located and which comprises one of the top monuments in the city, a definite must-see during your time in the capital of Lombardy.

Gay pride is the perfect time to discover Milan, the most important city on the Italian gay scene, and for joining in the fun, the music and the colour that reign over the streets while thousands of people continue to fight for a society that doesn’t discriminate based on gender identity or sexual orientation.