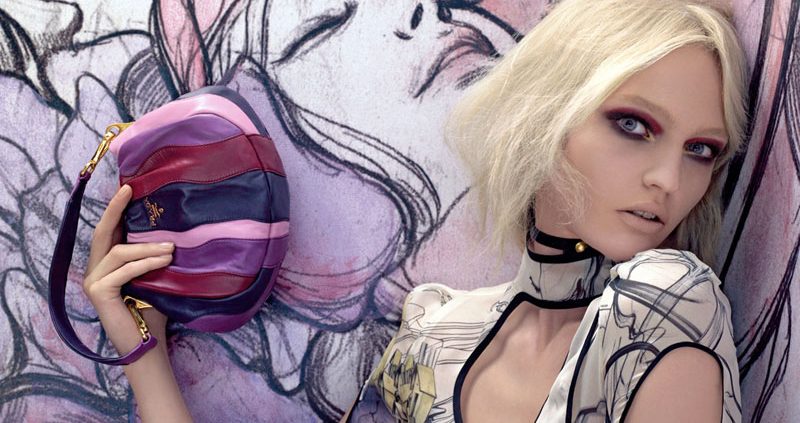 Since cities such as Florence, Milan, Rome and Venice began producing elaborate clothing and ornaments in the 19th century, Italian fashion has become one of Europe’s most prestigious. In recent times theses same cities have seen the rises of some of the world’s most famous fashion houses.

If you are not afraid of suffering a fashion overdose, join us on our journey through the history of Milan’s famous fashion labels. In Milan you will find the head offices of Armani, Versace, Prada and Dolce & Gabbana

Armani was founded in Milan in 1975 by Giorgio Armani and Sergio Galeotti. Today its annual turnover is approximately 1.8 billion and it has more than 300 stores in 36 countries. Armani has always stood out for its comfortable, tailored and neutral coloured range of menswear. Armani has always been considered a guarantee of elegance and seriousness in the face off the riskier designs of Armani’s counterparts.

Armani has always had a very close relationship with the world of cinema, be it for self promotion or to stimulate the creative process. They have designed the wardrobe for various films including, American Gigolo (1980), Creepers (1986), The Untouchables (1987) and the suits of Bruce Wayne in the movie Dark Knight (2008). Armani has also dressed Hollywood stars for the red carpet, designed Lady Gaga’s wardrobe for her last two tours and is responsible for the design various sports team’s uniforms, most notably the English Football team.

Armani has always been considered innovative; he was the first designer in the world of high fashion to emit his fashion shows live on the web. He was also the first designer to prohibit models with a BMI of less than 18 to participate in his shows.

Founded by Gianni Versace in 1978, he opened his first store on the Via della Spiga, one of Milan’s principal shopping areas. The popularity of his daring styles was immediate and despite the change in direction when his sister Donatella took over the reigns of the company, it has continued to grow. Currently there are 82 stores world wide.

Versace is one of the remaining Italian fashion labels who normally use famopus faces for their advertising campaigns. Although it is probably unnecessary as a good number of singers and celebrities are unconditional fans such as Elton John, who normally wears diamonds or Swarovski crystal covered articles of Versace, Jennifer Lopez and Beyonce.

This Milan fashion label have successfully diversified their product range to include not only clothing but also fragrances, cosmetics, furniture, watches, mobile telephones…in 2006 Versace even participated in the design of a limited edition Lamborghini, the Lamborghini Murcielago Versace, completely white with leather upholstery which was sold with matching luggage, shoes, and driving gloves ensuring exquisite style while driving.

In 1913, Mario Prada founded this small business together with his brother, dedicated to the sale of leather bound suitcases and trunks imported from England. Mario thought women didn’t have a head for business. Ironically it was his daughter Luisa and later his granddaughter Miuccia who took over the business and propelled it towards success.

It was the latter who transformed the company making it one of the biggest and most influential fashion labels in not only in Milan but also in the world of fashion. Their success began with the classic black nylon bag, functional and stylish. From there they went on to produce prêt-a-porter clothing, giving way to a new Prada aesthetic. Prada designs are characterised by their straight and simple lines, in neutral and natural tones.

Although the film “The Devil wears Prada” featuring Meryl Steep helped the popularity of the label, neither the book nor the film had any relation with Prada. Prada is present in popular culture and for this reason has sponsored various experimental art and architectural projects.

Domenico Dolce and Stefano Gabbana met in Milan. They presented their first collection of women’s clothing in 1985 and a year later opened their first store in Milan. Today they are one of Italy’s most famous brands and a`part frm clothes sell perfumes, glasses, shoes and all kinds of accessories. The company has been involved in various scandals, criticised harshly for their publicity campaigns and have even been banned from some countries.

The style of Dolce & Gabbana is outlandish, colourful, eclectic and bohemian. Madonna has likened herself to the clothes of the label describing the collection as “sexy with a sense of humour”. It was in fact Madonna who helped the label achieve international recognition, using the label in various tours. Since then, Dolce & Gabbana ahave designed clothes for many singers and Hollywood satrs including Kylie Minogue, Beyonce, Monica Bellucci and Missy Elliot.

Dolce & Gabbanna have also left their mark on the footballing world. Since 2004 they have designed the AC Milan strip and for three years designed that of Chelsea.

Now that you now the history and interesting facts, it is time to head out into the streets of Milan and do some shopping in the exclusive fashion stores. If your budget doesn’t stretch that far you can always go to the Milan outlet stores.