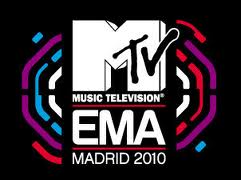 The MTV Europe Music Awards will be held this year in Madrid. The seventeenth edition of the European music gala organized by the channel MTV will be held on November the 7th at the sport complex La Caja Mágica in an event that will be broadcasted throughout the world.

The bulk of the performances and the awards will take place in the building designed by the architect Dominique Perrault, a tennis sport complex with room for 12, 442 spectators. However, in the centre of the city it will also be installed a second stage where more bands to be confirmed are to play.

For this edition of the MTV Europe Awards is still unkwon who will act as master of ceremonies, but in the two previous editions held in Liverpool and Berlin, American singer Katie Perry carried out this function.

Last year’s main winners were Lady Gaga, Beyoncé, Eminem, Green Day and Tokio Hotel, so it is possible that one of them is to step on the Madrid stage to delight audiences with their explosive performances in line with the high expectations created by this ceremony, that never disappoints the music channel fans.

It is not the first time the MTV Europe Music Awards will be held in Spain, because in 2002 a sensational show was performed on the stage organized in the city of Barcelona. So, if what you want is to enjoy the performances by the crème de la crème of the international music scene in a festive and spectacular atmosphere this year is your opportunity to enjoy this unique event in Madrid.