New talent in the Come on! Indiefestival in the BeCool concert hall in Barcelona 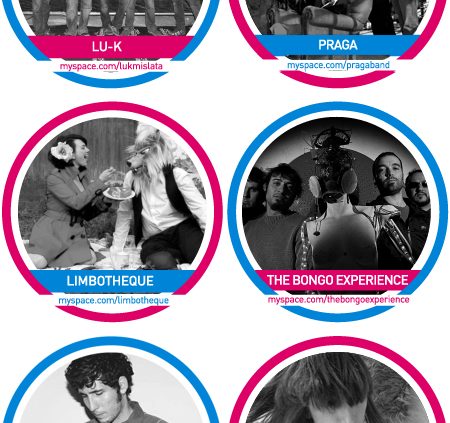 BeCool concert hall in Barcelona this 2010

On the 18th and 19th of November they will be celebrating the Come On! Indie Festival in Barcelona following the huge success of the summer edition of this event that took place in Valencia on the 18th of June. This time, this line up for this edition will comprise emerging artists on the national scene such as Praga, The bongo Experience, Limbotheque,Lu-K and Amatria, as well as Poet in Process.

The Come On! Indie Festival was born with the aim of being a stage for new talents on the Spanish music scene, in a two day event that will be celebrated in the BeCool concert halls in Barcelona at a really reasonable price for everyone. For a modest 6 euros you can enjoy the music from the most promising musicians on the Spanish music scene, and groups lined up in this festival that come with the support of the trade press and the public, as well as national and international groups that have given them the opportunity to be their supporting artists in their promotional tours around Spain.

Such is the case of Poet of Process that will be supporting bands such as the Stereophonics and Muse in their tours around the south of Europe, and whose songs have been used in some of the scenes in the film Hellboy II, as well as in other far reaching promotional campaigns in Spain. In addition, the group Lu-k who has shared the stage with artists of great stature such as Bunbury, La Habitación Roja, and Coti will be performing, and there will be further prizes and performances thus comprising the Come On! Festival Indie Festival line up in Barcelona that will be taking place on the 19th and 20th of November in the BeCool concert hall, Barcelona.

If you would like an idea of the excellent sounds and creativity that characterise a Poet in Progress, Lu-K, Limbotheque, Amatria, Praga, and The Bongo Experience then you can listen to them on the MySpace of this event. In addition, you can get tickets through Atrapalo, and in the ticket offices in the BeCool concert hall, Barcelona.

Finally, not only do we like to tell you about events at Friendly Rentals, but we also like to promote and back up the success of the new and best talent on the national scene, the reason for which will be holding a draw for 3 double entries so you will be able to enjoy the cream of the Spanish music scene. We will be releasing the terms and conditions of this fabulous prize draw in the near future, so keep an eye out so you don’t miss out on the great opportunity of being the first to listen to and discover the future of national music.