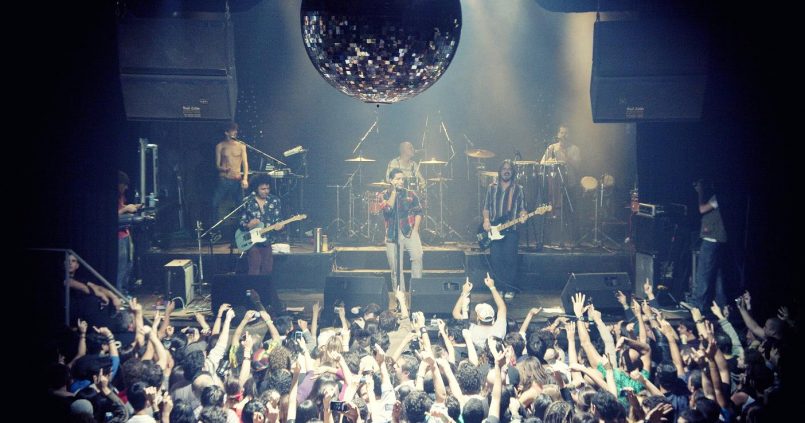 Buenos Aires has a nightlife that is as every bit as good as that in any other cosmopolitan city in Europe. In each characteristic district in Argentina there is an abundance of bars and clubs where visitors and locals alike can come together to have a drink, chat, and dance until late into the evening, as the nightlife in this Argentinean city goes on all throughout the week until the early hours of the morning. There are various districts in Buenos Aires and each one has its own spirit and personality that is reflected in the many bars available for the residents. Here is a list of the best bars and clubs in the areas so that you don’t miss out on the best nightlife in Buenos Aires.

One of the most well-known clubs in Buenos Aires is the Niceto Club located in the Palermo district on calle 5510 Niceto Vega, which has become a musical reference in Buenos Aires since it opened in 1998. The reason is none other than the heterogeneity of styles, and artists, as well as the people that get together in this bar, thanks to the large variety of groups that have performed on their stage and their internationally famous DJs that have played in their cabins.
In addition, on the two dance floors you can enjoy a diversity of musical styles ranging from pop-rock, reggae, hip-hop, electronic, tango, soul, funk and much more, thus guaranteeing an unforgettable and non-stop night out.

In the San Telmo district, occupied by many young residents that want to immerse themselves in the authentic Buenos Aires lifestyle, is a small oasis bar, La Puerta Roja (C/Chacabuco 733), which is a bar that welcomes you to discover a secret world in its interior. With a name suggesting a speakeasy style approach, these hidden bars from the prohibition period in the 20s in the United States, serve all kind of drinks and cocktails, play good music to keep you going all night, and have a menu offering some interesting gastronomic combinations.
This is thus an atypical bar where you have to knock at the door to enter, and climb some spiral stairs to get some drinks and enjoy a bar divided into three areas, one with pool tables, and another with tables, chairs and sofas so you can talk with your friends. This is a favourite amongst the locals that live in San Telmo, as well residents that live in other districts in the Argentinean capital.

On 5329 calle Honduras, the focal point of the Palermo district and which runs through the different sub-districts that comprise Palermo such as its Soho of independent designer shops and designers, there is the Congo Bar. Its is the meeting point, nightlife centre and midpoint between the bars, restaurants, and parties that you can find in this fun district making it definitely the place to visit for a night out in Buenos Aires.
In this bar, comprising a garden in the centre, you can try their excellent drinks, as well as their grilled food cooked on the BBQ that they light on Tuesdays and Wednesdays and where you can try some special dishes such as suckling pig, pork, and other special cuts. Thus, on entering there is an area with wooden decór that lends the bar a warm and classic feel, and where you can order a classic cocktail that they prepare with a lot of care and dedication using the best products. On the other hand there is a second bar in a pretty garden, the centre of the establishment, and where you can try an excellent cocktail outdoors. This is an excellent option if you’re going on a night out in Buenos Aires.

A more rock alternative in Buenos Aires is the Roxy Disco, situated on 4000 calle Avenida Casares, a little bit further out of the centre of the Argentinean capital but where you can enjoy some of the most classic tunes such as the Beach Boys, and AC/DC, up to all kind of rock songs thus guaranteeing that you spend a unforgettable night out in Buenos Aires.
It is one of the best clubs around and a favourite amongst the locals that is not very well known about by visitors. The bar opens on Fridays and Saturdays at 1.30 at night.

One of the legendary clubs in Buenos Aires is the Amerika, situated on 1040 calle Gascón, in the Almagro district, which is the largest gay friendly club in Buenos Aires. It has three dance floors where you can choose between different types of music.

It is open from Wednesday to Sunday from midnight, and you can listen to the most hardcore house music and electronic tunes on the bottom floors, and a more modern indie sound on the third floor. No chance of getting bored on a night out in Buenos Aires.