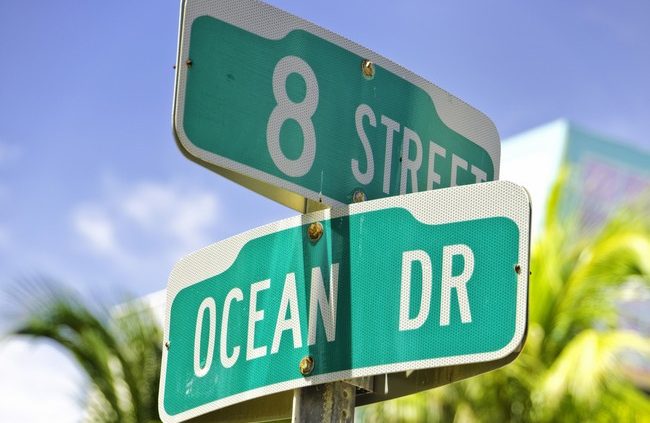 What to see on Ocean Drive

Ocean Drive is a lively street that’s always bustling with people at all hours of the day. After becoming somewhat run down in the 1970s, Ocean Drive picked itself back up again after several entrepreneurs set up businesses there and breathed new life into an area previously known for crime and cheap housing. It worked. Hotels, bars, shops and restaurants opened their doors, and more and more neon lights began to appear where there had been only empty shop units.

By day Ocean Drive is full of skaters, cyclists and sunbathers; by night, it’s a great starting point for discovering Miami nightlife. To the south of Ocean Drive is Nikki Beach Club, one of the most famous nightclubs in the world. If you’re looking for something more highbrow than drinks and sunbathing, head over to the Miami Design Preservation League (MDPL) and ask about their interesting walking tours. Ocean Drive is the heart of Miami’s Art Deco District. Ocean Drive and the surrounding streets are home to over 1,200 Art Deco buildings. Guided tours last about an hour and a half and give you an introduction to the area’s architectural past. Ocean Drive is also famous because of The Villa, one of the most photographed buildings in the United States; also known as the Versace Mansion, this is where fashion designer Gianni Versace lived and was murdered. One of the newer sights in Ocean Drive are the many high-rises built in the 1990s in the most modern stretch of the avenue, including 1500 Ocean Drive, designed by architect Michael Graves. 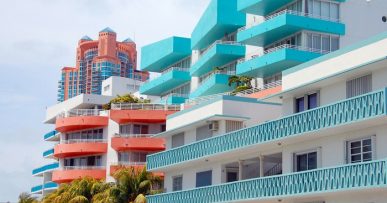 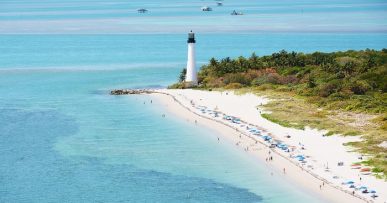