Opening of Arenas Shopping Centre in Barcelona, in March 2011 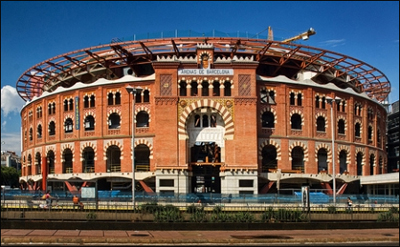 Following years of constant rumours about these immense constructions works coming to an end, we can finally be the bearer of some long awaited news that none other than the Arenas Shopping Centre in Barcelona, located in the former Bull Ring right in the centre of Plaza Espanya will be opening its doors to the public. To be more precise, this huge complex will be opening on the 15th of March 2011, according to the project Manager Santiago Gutierrez, which is great news for shopping fanatics or any other visitors interested in the activities that this immense complex has to offer.

We are referring to a building spanning over 104,576 metres squared with 6 floors, and “Arenas” will have 126 shops, including companies such as Mercadona, Fnac, Mango, Blanco, Desigual, Sephora, Veritas, Punt Roma, Casa and Tous. The building will also have 12 cinemas in total, and a gym with a spa situated on the fourth floor. Furthermore, sports fanatics will be pleased to know that there will be an open-air running track that goes around the building corresponding to a kilometre every three laps, and from where users can make out Barcelona in all directions.

There will be eight panoramic restaurants located on the upper floor of “Arenas” offering a fantastic view, including the Italian Rosso Pomodoro and the Japonese Umi Sushi restaurant. The aim is to avoid fast-food restaurants and thus promote quality but reasonably priced food. Furthermore, the shopping centre will have a joint office block, comprising a 4,500 metre square glass building available to rent and situated next to the Bull Ring.

The completion of this attractive shopping centre has been delayed a few years, mainly due to financial problems of the building companies involved in the project, however the crisis wasn’t the only factor to have a negative impact on the initial budget. The complex construction works to maintain the original structure of the Arabic style façade has practically doubled the original estimates, thus finally, following 7 years of complex construction works and a total investment of 200 million euros, we can see a light at the end of the project tunnel and announce the long awaited opening of this shopping centre.

In any case, the result of all this work is an impressive shopping centre with 6 floors and one of the largest domes in Europe measuring 27 metres in height and 300 linear metres wide offering a 360º panoramic view of Barcelona, which will promote commercial activity in Plaza Espanya and encourage locals and tourists alike to visit this attractive shopping complex, for the views, its shops and its alluring architectural layout.