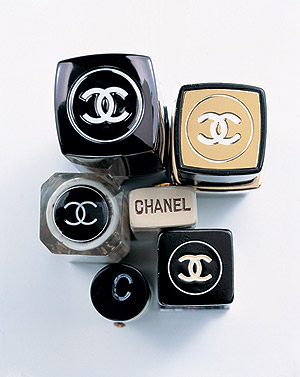 The House of Chanel and Louis Vuitton brands in Paris

What better way to get to know a city than by acquainting yourself with its most prodigious children? We’ve already written a short biography of Parisian golden boys Yves Saint Laurent and Christian Dior; this week it’s time to try on famous Paris brands Chanel and Louis Vuitton. Let’s see if they fit.

Defining French style since 1909, cabaret entertainer Gabrielle Bonheur Chanel was brought up in a convent; details which were often swept under the rug as she constructed elaborate stories to conceal her humble origins. Brilliant, competitive and sarcastic, “Coco” Chanel revolutionised the fashion world, introducing simply-cut, practical, stylish clothes which, for the first time, allowed women to unbutton their corsets and embrace a more active style of life.

The House of Chanel is credited with the Chanel suit – a boxy, tailored skirt suit that has become representative of money, class and a degree of conservatism. It’s also said to be where the “little black dress” originated – the elegant wardrobe staple that is the antithesis of the fussy, frilly “New Look” by Dior which became Chanel’s top competition in the 1950s. It also produced the perfume Chanel No 5, which sex symbol Marilyn Monroe was famously said to imply was the only thing she wore to bed. Chief designer for the House of Chanel is currently Karl Lagerfield.

The full name of Louis Vuitton is in fact “Louis Vuitton Malletier” (Louis Vuitton Trunkmaker). Since 1854, this Paris brand has worked to establish a name for itself as offering quality goods and serving as a status symbol, and the ubiquitous LV logo belies what has been the world’s most valuable luxury brand for the last seven years.

Originally famous for Louis Vuitton bags and other travel goods, the company began to diversify. Its merge with drinks producers Moët et Chandon and Hennessy to create luxury brand LVMH in 1987 set it on a new path, and by 1997 Artistic Director Marc Jacobs was producing clothing ranges. Modern celebrities, such as Angelina Jolie, Sean Connery and Madonna have been carefully groomed to endorse the brand.

Its cachet as a luxury brand is perhaps reflected in the fact that Louis Vuitton is one most counterfeited brands in the world. In fact, one in five counterfeit accessories repossessioned in the European Union in 2004 were fake Louis Vuitton bags. The company even sued Britney Spears for featuring the logo in a video.

It’s perhaps a nod to the fickle, backhanded nature of fashion that both Paris brands came under criticism for collaboration with the occupying German government during WWII, although they have both made efforts to step away from this image.

Now you’ve stepped into the designer shoes of both of these brands for a minute, will you be going out to buy a Louis Vuitton bag or a bottle of Chanel No 5?