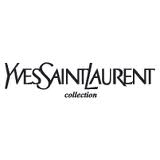 Paris. The French capital and truly an iconic symbol of fashion in Europe, if not an international landmark. It is home to many of the top fashion designers and some of the most famous brands of clothing, perfume and accessories; in particular, Christian Dior and Yves Saint Laurent where nothing calls to mind sartorial elegance quite like these two French labels that continue to be the forefront of worldwide style.

Christian Dior was an influential French fashion designer and founder of Christian Dior couture house, best known for his post war clothing creation, the ´New Look` in the 1940s which in his own words “moulded upon the curves of the feminine body” and did away with the drab and practical fashion of the war years. This style revolution converted him into a major fashion player and defined the look of the 1950´s.

Similarly, Yves Saint Laurent, dubbed Christian Dior’s successor, was the most celebrated and influential designer of the twentieth century, considered one of the greatest names in French fashion and credited for recovering Haute Couture from its sixties ashes. You may be able to see some of his work, amongst that of many other top fashion designers, during the Paris Fashion Week. Dates have yet to be confirmed but the Ready-to-wear spring/summer collection is scheduled to run from the 28th of September to October the 7th this year.

Furthermore, if you walk down the Champs Elysées, the home of truly trend-setting fashion and the epitome of class and elegance, you will find this famous avenue simply lined with fashionable shops including that of Yves Saint Laurent located in the area called ´the golden triangle`, in addition to Lancome, Guy Laroche, Givenchy, Cartier, and Hermes, amongst many other top designers.

If you are seriously fashion conscious or would merely like to take a glimpse of the city where the name and fashion has become synonymous of each other, Paris is the place for you!