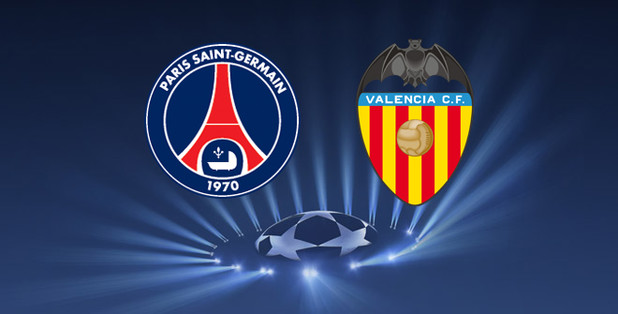 Valencia have it all to do against PSG in the return leg of the Champions League Final 16 2013.

Paris St Germain took the lead early in the first half when some slicking passing between Pastore and Lavezzi saw the latter break free from his marker and blast the ball into the back of the net. Valencia were dealt another blow two minutes before half time when PSG struck again, this time when the ball found Pastore unmarked in the box and he casually slotted the ball past keeper Guaita.

After the break Valencia played better and were rewarded with a late goal right on the 90 minute mark when Adil Rami latched onto a cross and with a deft touch beat the PSG keeper. In the dying minutes of the game PSG’s Ibrahimovic earned himself a red card with a crude tackle and will miss the return leg of the Champions League Final 16 2013 match.

PSG will feel that they have the elimination in the bag; going into the return leg with a 2-1 advantage but Valencia must also feel they have an opportunity to earn themselves a place in the Quarter-Finals of the Champions League 2013. This match presents the perfect opportunity to explore the French capital, Paris. From the emblematic tourist sites, sophisticated nightlife and the famous Parisian bistros there is something for everyone.

Don’t miss the return leg of the Final 16 Champion’s League 2013 clash between Paris St Germain and Valencia, it promises to be a great match and maybe even star signing David Beckham will get a run.