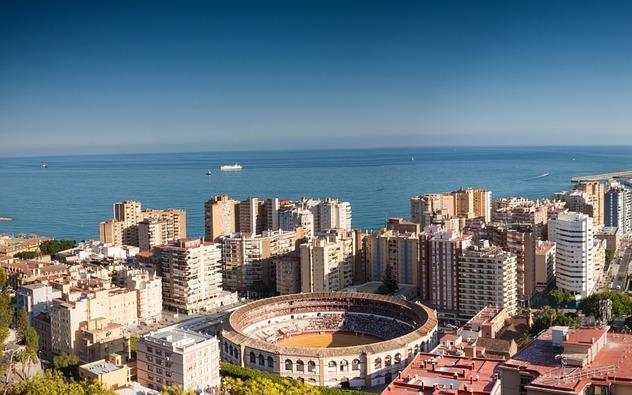 Malaga is famous, amongst many other things, for having brought one of the painting geniuses into the world, none other than Pablo Picasso. Following in the footsteps of its favourite child is a great way of discovering the charm of this Mediterranean city.

Pablo Picasso only spent ten years of his life in Malaga, but has never lost his Andalusian roots. His passion for flamenco and bulls, colourful squares with guitarists and travelling salesman, or the multitude of pigeons that populate the streets, constantly feature in his work. Therefore, we would like to recommend the Picasso Walking Tour around Malaga which takes you to the places that formed part of the painter’s childhood. The Malaga that Picasso knew was a poor city but he always had fond memories of it. After leaving Malaga, Picasso settled in La Coruña, then Barcelona and finally Paris. He went back to Malaga on four occasions.

As it could be no other way, we start our tour at the birth place of Pablo Picasso. Pablo Picasso was born on the 25th of October 1881 on No. 36 (currently No.15) Plaza de la Merced. The Fundación Picasso – Museo Casa Natal, which attempts to reproduce the environment that the painter knew during the first few years of his life, is located there. There is an impressive centre in the Picasso Foundation and interesting temporary exhibitions. At No.17 on the same square, from the age of 2, Pablo lived with his parents, José Ruiz Blasco and María Picasso López, as well as his grandmother and aunty. It was there that Picasso carried out his first works as a child, until the family left the city in mid-October 1891.

Our next stop is at the Iglesia de Santiago Apóstol (C/ Granada, 78). It comprises the oldest church in Malaga, famous for its mudejar style tower. The painter was baptised, and his parents and grandparents married there.

The Picasso Museum in Malaga is situated in the Palacio de Buenavista (C/ San Agustín, 8). It comprises a beautiful 16th century Renaissance building housing the permanent collection of Picasso in Malaga and temporary exhibitions are organised there. It possesses a very unique and complete collection gathering all the artist’s styles and techniques that he used. In the building basement there are Phoenician, Roman and Arab archaeological remains where you can discover the city’s roots.

Our Picasso Walking Tour continues on to the Ateneo de Malaga cultural institution (Plaza de la Constitución, 3). The Escuela de Bellas Artes de San Telmo (San Telmo School of Fine Arts), where Picasso’s father worked as an art teacher, was situated there. Pablo discovered the city’s art scene and the top painters of the time here at this school.

Very nearby you will also find the Colegio de San Rafael (currently on C/ Comedias, 18), the first school that Pablo Picasso studied at. The artist didn’t like going to school and always tried to find an excuse not to go to class. It is also said that he used to take his father’s personal belongings to school with him, such as his paintbrushes or walking stick to make sure that they would have to come and pick him up.

Finally, the La Malagueta Bullring (Pº. Reding, 8) is a must on the Picasso Walking Tour through Malaga as Picasso often went there with his father as a boy. The painter was a very big fan of bulls all throughout his life making it one of the recurring themes in his paintings.

There are many other places in Malaga related to Picasso but these are the main ones. Here is a map of the Picasso Walking Tour in Malaga. Enjoy!