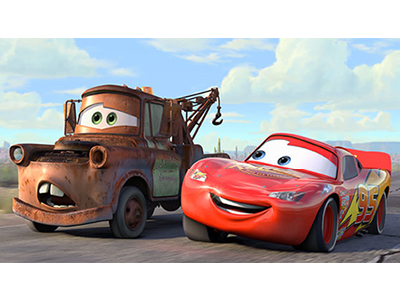 Pixar is celebrating its 25th anniversary in Milan. The Contemporary Art Pavilion will be hosting the Pixar, 25 Years of Animation exhibit, dedicated to this famous American studio, up until the 14th of February 2012.

For the first time in Europe, the exhibition will be interactively exploring the history of this famous animation studio currently belonging to Disney, and founded by John Lasseter and Steve Jobs. The clown fish Nemo, Woody the toy cowboy, Wall-E the robot, the characters from Monsters Inc and the nice chef from the film Ratatouille are some of the unforgettable characters that have featured in Pixar films over the last 25 years and which have stayed in the hearts and memories of children and adults everywhere.

Now they will be showcasing more than 500 pieces by Pixar artists in Milan including a large variety of drawings and illustrations combining art techniques such as tempera colours and pastels with the more sophisticated digital technology of today. Paintings, designs, sketches and sculptures will feature allowing visitors to discover the entire creative process involved in the making of animated films.

Pixar, 25 Years of Animation is divided into four sections (Characters, Stories, World and Digital Convergence) containing materials and pieces ranging from the first film that Pixar ever made, Luxo Jr. (1986) to their latest production Cars 2 (2011). A sneak preview of their new animated film Brave to be released in 2012, will also be on offer.

Two special installations will accompany the exhibit: the 3D Pixar Toy Story Zoetrope that visually explains how repeated images create the illusion of movement and Artscape, an enormous high-resolution screen exploring 3D animation from the inside in full detail.

Finally, in the morning on Saturdays and Sundays, children will be able to enjoy design classes where they will learn about Pixar design tricks on characters. If you’re going to be in Milan in the next few months, make sure you don’t miss out!

Posted in Milan, Things to do in Milan
Laura