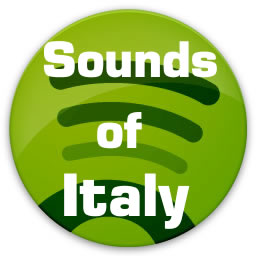 Like every Monday, we are publishing today our playlist of some of the destinations of Friendly Rentals and this week we have made a selection of the best bands from Italy, since we have apartments in cities such as Rome, Milan and Florence. This is a country in which the ballad is almost a national anthem, we have included in our playlists other more heterogeneous and varied sounds, because after all, Italy has space and a music culture to generate both independent and more commercial music.

Among the more mainstream music of our Sounds of Italy, we have included the classic song and worldwide popular, Your vuo fà L’Americano by Renato Carosone, as well as Gianna Nannini, Giusy Ferreri and Adriano Celentano with his Azzuro.

In Italy we can find as well bands with an electronic touch such as Motel Connection, whose theme Two is one of the most played in Italy, or Yuppie Flu that catches you with their sweet electronic sounds, plus the danceable rhythm of Subsonica and Amari.

Italy has plenty of songwriters, which is why we have included a few in our playlist, but selecting those with the most original and distinctive sounds, such as Vinicio Capossela, Francesco De Gregori or Brunori Sas.

On the rock music scene, there are bands such as Verdena, Afterhours, Il Teatro Degli orrori, Marta Sui Tubi, Paolo Benvegnù among many other Italian singers and bands. All these are included in our Sounds of Italy, since they shape the Italian music scene, much richer and heterogeneous than what you can normally listen to on the more conventional radio stations. Enjoy the more indie and danceable side of the Italian music with our playlist Sounds of Italy.

The track listing is as follows:

Yuppie Flu – A song’s a song