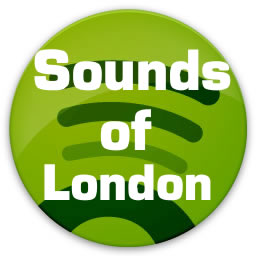 Like every Monday we want to contribute a little bit to get to know the music scene of the most important cities, and this Monday is ‘s turn. The British capital, the hub of the cultural life of the , has given birth to a host of extremely well-known bands. However, the musical fertility of London is still extraordinary and continues to give us very heterogeneous sounds.

Our Playlist intends to accommodate bands whose history has made them immortal; as well as to bands not so well known, but with an undeniable quality. In this way, of course, included are legendary bands such as Queen, Roxy Music, David Bowie and The Rolling Stones. Their singles have crossed any temporary border and they are listened by the most diverse generations. Regardless of your age, who has not listen to the Rolling Stones’ Satisfaction, or Change by David Bowie, not to speak on any single by Queen, above all their Bohemian Rhapsody?

Concerning the most current music scene, consolidated bands from such as Placebo , The Chemical Brothers and Goldfrapp were a must in our list. Each of them playing very uneven sounds, but with an important music career, which made their presence unquestionably in the Sounds of London Playlist.

However, London is so rich in musical terms that is constantly supplying us with the most disparate groups and soloists, such as Florence + The Machine, Lilly Allen, M.I.A. or The xx, representatives of the younger and most creative generation of the British Isles. We wanted to reflect in our Playlist Sounds of the creativity and heterogeneity with these and many other bands, in what we consider our Top 20 of the sounds of this city.

Next you find the complete list of bands included in our Playlist:

The Noisettes – Do not Upset the Rhythm

Placebo – Every You Every Me

and the Machine – Dog days are over

Roxy Music – More than this

Cajun Dance Party – The next untouchable

The Duke Spirit – The step and the walk

The Shortwave Set – The step and the walk

The Ting Tings – That’s Not My Name

The Rolling Stones – (I Can not Get No) Satisfaction