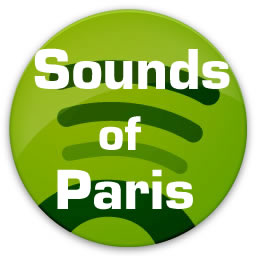 We want to keep on showing you the music styles defining every Friendly city, and today is the turn of . In this city we can find all sort of music styles, ranging from the typical French song-writers music, pop and rock, till the dancy electronic music.

Therefore, included in our we can find the classic No, je ne regrette rien, by Edith Piaf, or the song Je t’aime moi non Plus performed by the polemic duo Serge Gainsbourg and Jane Birkin, and the rocky band Telephone, who marked a before-and-after in the French music scene.

We couldn’t stop to mention the electronic duo, Air, with their single Sexy Boy, which launched them to the international scenario. But this electronic scenario is not only taken by Air, since the French country is very well-known as well for its electronic bands such as , Rinôçèrose, 80 or Justice, among others.

Charlotte Gainsbourg shows up as well in our Playlist, since her many songs recorded with top producers and artists makes her deserve a position in our Top 20. And of course, Manu Chao, one of the most popular French singers, very well-known all around the world.

This Playlist is conceived to make you enjoy the sounds of Paris and France so that you can feel every time you listen to it a different nuance of the French culture and personality.

Justice – We are your friends

Nouvelle Vague – Dance with me