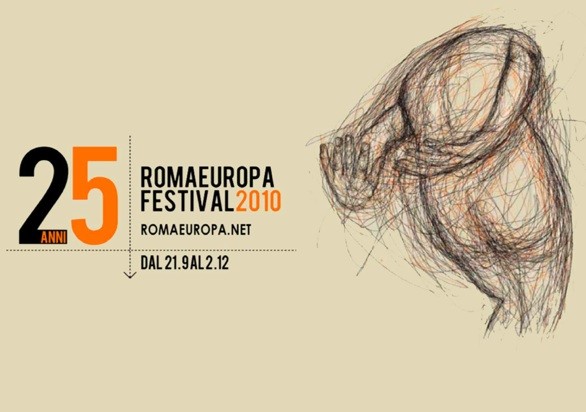 Between the 21st of September and the 2nd of December, the RomaEuropa Festival will be taking place. It is an event where the cream of the European art, music and dance scene gathers together for one of the most important events of this genre in the world. Dance, music and contemporary performance aficionados will be thrilled with the line-up, and given that the 25th anniversary of this event is being celebrated this year, they are going all out!

The RomaEuropa Festival is noted for its extremely diverse and eclectic programme comprising a line-up of different shows with a focus on different and harmonizing styles ranging from sophisticated and articulate audiovisual formats to the most melodic performances. The shows are performed in different theatres and stages in Rome, such as the Palladium Universita Roma Tre, the Auditórium Conciliazione, and the Academia Nacional de Santa Cecilia, amongst others.

The RomaEuropa Festival kicks off on the 21st of September with an interpretation of Orpheus in the Auditorio de la Reconciliación by the French Compagnie Montalvo Hervieu dance company, reflecting a combination of fragility as well as power, fate, love, death and immortality. Other performances particularly worthy of mention include that of the French artist Laurent Garnier Feat. Scan X Full Band live Set who will be taking us on a journey to the contemporary world of electronic music which includes a fusion of electronic, trip-hop, funk and even jazz sounds. Spectators will also be able to enjoy observing Romeo Castelluci direct the Sul Concetto di Volto nel Figlio di Dio. Vol. II.

These and many other performances will introduce the public to an aesthetic and figurative world as observed through the eyes of the internationally renowned contemporary artists participating in the RomaEuropa festival’s 25th birthday celebration.